The Meuse-Argonne offensive of September 1918 was America’s deadliest battle ever, with 26,000 U.S. soldiers killed, tens of thousands wounded and more ammunition fired than in the whole of the Civil War. It was also a great American victory that helped bring an end to World War 1 as fresh but well-trained American soldiers smashed through German lines – albeit at terrible cost.

All day, volunteers read the soldiers’ names aloud, to honour those who sacrificed their lives. Covering 52 hectares (130 acres), Meuse-Argonne is the largest American cemetery in Europe. 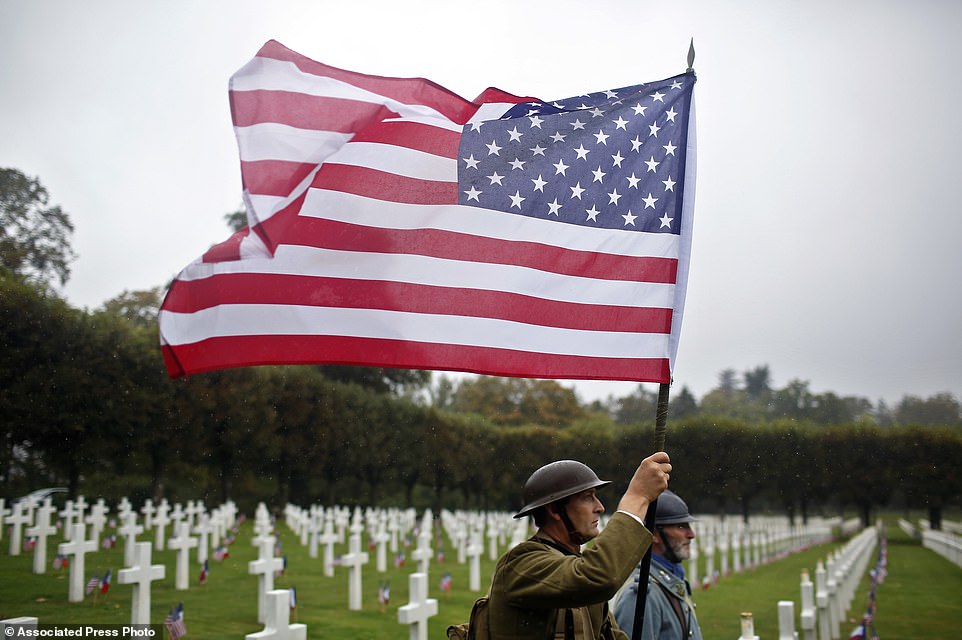 Many of the visitors went on to tour the visitor centre at Meuse-Argonne American Cemetery, whee this film aims to provide an immersive, World War I experience. Scenes include the realities of trench warfare, the brutality of hand-to-hand combat, the effects of poison gas, the limited availability of medical care, and the celebration of the Armistice. The film blends historic footage against this portrayal of the battlefield experience.