The cold-blooded slaughter of the Russian royal family was one of the most notorious crimes of the Bolshevik gang which invaded and seized control of Russia in 1917 with the help of massive funding from Wall Street banksters.

This year, 60,000 Orthodox faithful gathered for the nighttime Liturgy at Church on the Blood in Ekaterinburg, built on the site where the Royal Family and their faithful servants were brutally slain, and the following procession to the Monastery of the Holy Royal Passion-Bearers in Ganina Yama, built on the site where their holy bodies were dumped, on the night of July 16-17, reports the Ekaterinburg Diocese of the Russian Orthodox Church.

Among the notable guests at the Liturgy were Olga Nikolaevna Kulikoskaya-Romanova, the widow of the blood nephew of Tsar Nicholas II Tikhon Nikolaevich Kulikovsky-Romanov, and Peter Valentinovich Multatuli, the great grandson of the Royal Family’s chef who was also murdered with them Ivan Kharitonov.

Following the Divine Liturgy, the faithful began a prayer procession along the route that the martyred members of the Royal Family were taken in 1918. The procession was headed by Met. Kirill, Met. Vikenty of Tashkent, Bp. Alexei, Bp. Vladimir, Bp. Eugene, and Bp. Methodios.

Earlier in the day on the 16th, 5,000 people also participated in a smaller procession that followed the path of the arrival of the Royal Martyrs to Ekaterinburg, from the train station to the Church on the Blood.

The nighttime procession was accompanied throughout by 15 mobile aid groups from an Orthodox relief service and volunteers for the Royal Days celebrations, providing comprehensive assistance to pilgrims. Volunteers from the Nika charity foundation also provided water and the Sisters of Mercy provided first aid. 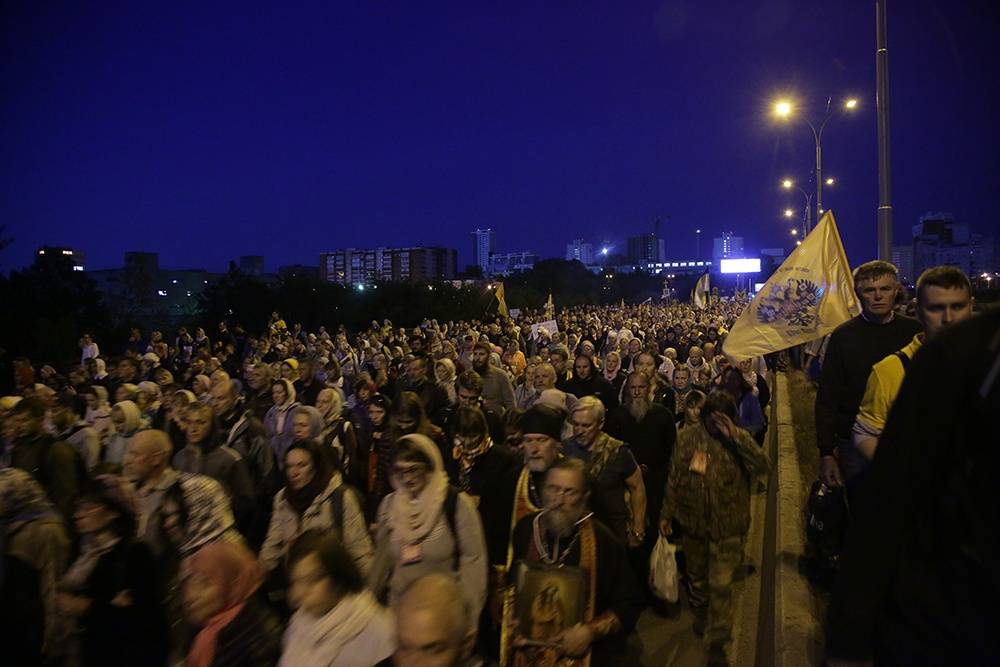 The Royal Days celebrations will continue until Sunday, July 21.

The long campaign to expose the remarkable similarities between the Western-backed rise of the Christ-hating Bolsheviks, and the carbon-copy creation on ISIS, will also continue….