The bad news is that they spend more time glued to their screens on Facebook or other social media sites, or playing computer games, analysis by the Office for National Statistics (ONS) said today.

The revelations are made today in a report which shows how the habits of Britain’s 18 year-olds contrast to those who turned 18 in the year 2000.

It shows that 18 year-olds in the millennium – where lad and ‘ladette’ culture reigned supreme – were ‘peak drinkers’. 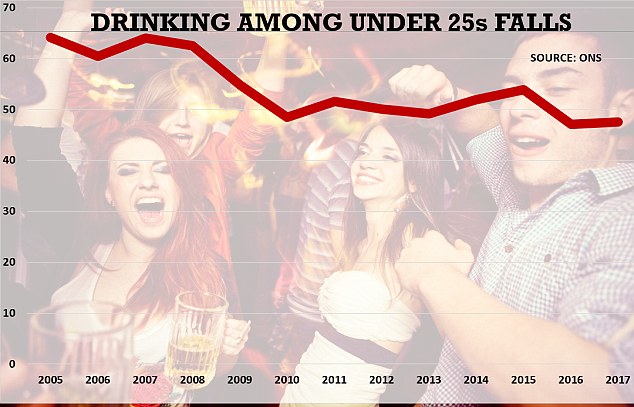 Binge drinking is also less common – with 32 per cent of under 25s saying they had downed excessive amounts of alcohol in the past week in 2005, falling to 23 per cent in 2017. 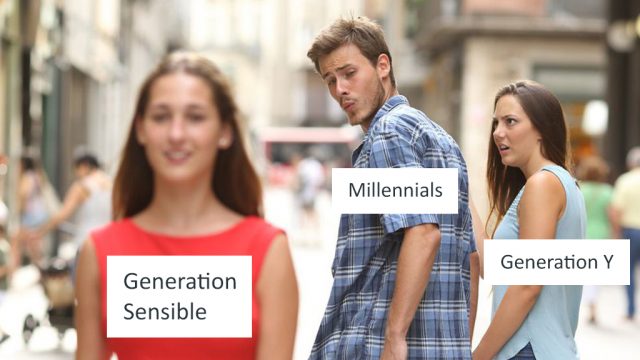 The dramatic decline has coincided with the ban on smoking indoors, which came into force in July 2007, and the rise of electronic cigarettes which some people use to try to kick the habit.

The revelations come as the American authorities announced they could ban the sale of fruity e cigarette flavours in a bid to stop the devices appealing to youngsters.

Today’s ONS figures also show that 18 year-olds spend less time socialising and having fun with their friends than they used to.

In the year 2000, 18 year-olds spent on average nearly an hour and a half (88 minutes) hanging out with their friends. 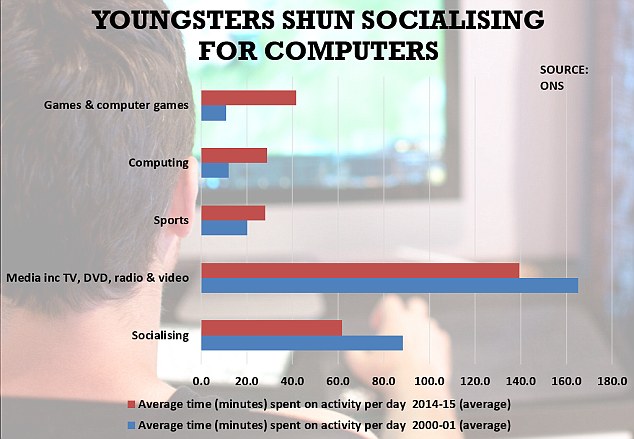 Rather than getting out of the house and socialising, 18 year-olds are spending far more time glued to their computer screens.

And while 18 year-olds used to just spend 11 minutes a day on ‘games and computer games’ this has soared to nearly 42 minutes.

The figures come amid concerns that young people are spending far too long on their computers and smart phones on Facebook and Snapchat.

‘The biggest changes to how 18-year-olds spend their time may be driven in part by the rise of digital technology.

However, the study also notes that ‘There was also a rise in the amount of time spent on sport and exercise, up by 8 minutes per day. Perhaps another sign of “Generation Sensible”?’

Certainly, the findings are paralleled by studies which also show that teenagers today have markedly more ‘conservative’ political and moral views than the generation above them.

While a part of these trends may be due to the rising proportion of Muslims among young people in Britain, there is no doubt that there is also a very welcome shift to healthier lifestyles and values among young indigenous Brits as well.