One of the great tragedies of the West’s selfish, atomised, lonely ‘career’-obsessed rat-race is that the human rodents who so eagerly jump on the materialist treadmill all too often come to see their short-sighted folly at the very moment that it’s realistically too late to do anything about it. What follows is more than half a lifetime of regret for the way they wasted the ‘best years of my life. Here’s a classic example, which should serve as a warning to every single young person reading this:

The source is the agony aunt advice column of The Cut, in which a letter from a 35-year-old woman signing herself off as ‘Haunted’ laid bare in chilling detail how she feels:

“I feel like a ghost. I’m a 35-year-old woman, and I have nothing to show for it. My 20s and early 30s have been a twisting crisscross of moves all over the West Coast, a couple of brief stints abroad, multiple jobs in a mediocre role with no real upward track. I was also the poster child for serial monogamy. My most hopeful and longest lasting relationship (three and a half years, whoopee) ended two years ago. We moved to a new town (my fourth new city), created a home together, and then nose-dived into a traumatic breakup that launched me to my fifth and current city and who-knows-what-number job.

“For all these years of quick changes and rash decisions, which I once rationalized as adventurous, exploratory, and living an “original life,” I have nothing to show for it. I have no wealth, and I’m now saddled with enough debt from all of my moves, poor decisions, and lack of career drive that I may never be able to retire. I have no career milestones and don’t care for my line of work all that much anyway, but now it’s my lifeline, as I only have enough savings to buy a hotel room for two nights. I have no family nearby, no long-term relationship built on years of mutual growth and shared experiences, no children. While I make friends easily, I’ve left most of my friends behind in each city I’ve moved from while they’ve continued to grow deep roots: marriages, homeownership, career growth, community, families, children. I have a few close girlfriends, for which I am grateful, but life keeps getting busier and our conversations are now months apart. Most of my nights are spent alone with my cat (cue the cliché).

“…….I’m 35 and every gyno and women’s-health website this side of the Mississippi is telling me my fertility is dropping faster than a piano falling out of the sky. Now I’m looking into freezing my eggs, adding to my never-ending financial burden, in hopes of possibly making something of this haunted house and having a family someday with a no-named man.

“…………I used to think I was the one who had it all figured out. Adventurous life in the city! Traveling the world! Making memories! Now I feel incredibly hollow. And foolish. How can I make a future for myself that I can get excited about out of these wasted years?  What reserves or identity can I draw from when I feel like I’ve accrued nothing up to this point with my life choices?” 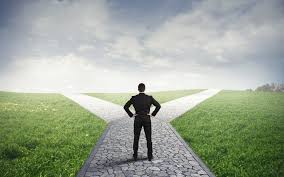 Most of our readers and followers are men, but while male fertility doesn’t crash as drastically and terminally as that of women, the same issues are still there for men. A frantic round of dating, careers and teenage immaturity stretching a decade or more past its sell-by date sees all too many men likewise ending their ‘best years’ with nothing to show for it except a pile of debt and a stack of lonely regrets.

It’s easy to say “it’s the way things are”, “everyone’s doing it”, “I had no choice” or to make some similar excuse. But the truth is that everyone is responsible for their own choices, and that the bad choices deliberately encouraged by the propagandists of liberal consumerism all too often come back to haunt those foolish enough to make them.

The Boomers and Millennials have already made them, and must live with the consequences. It’s Generation Z which has to make its choices now. The new generation should look at the lonely, childless, debt-burdened misery of those who made such bad choices, and run like hell from the places and the mindsets in which they threw their lives away. You have been warned!