“No Evidence” For Alleged Climate Crisis

“No Evidence” For Alleged Climate Crisis

You’ll not see it in the fake news ‘mainstream’ media, of course, but the globalists ‘climate change’ hoax has just been hit by a double whammy of ‘denial’ (aka common sense) by two different sets of real scientists.

In a paper published late last month, entitled ‘No experimental evidence for the significant anthropogenic climate change’, a team of scientists at Turku University in Finland determined that current climate models fail to take into account the effects of cloud coverage on global temperatures, causing them to overestimate the impact of human-generated greenhouse gasses.

They also fail to take into account the cycles of the intensity of the sun.

They fail to take into account anything, actually, and just ramble on nonsensically, presenting graphs that make hard predictions that are always wrong.

Fifteen years ago, Al Gore said we’d all be under water by now. 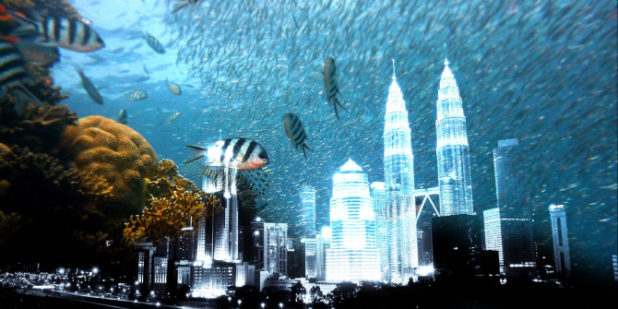 And he was basing that claim on IPCC data.

Models used by official bodies such as the Intergovernmental Panel on Climate Change (IPCC) “cannot compute correctly the natural component included in the observed global temperature,” the study said, adding that “a strong negative feedback of the clouds is missing” in the models.

Adjusting for the cloud coverage factor and accounting for greenhouse gas emissions, the researchers found that mankind is simply not having much of an effect on the Earth’s temperature.

If we pay attention to the fact that only a small part of the increased CO2 concentration is anthropogenic, we have to recognize that the anthropogenic climate change does not exist in practice.

The study’s authors make a hard distinction between the type of model favored by climate scientists at the IPCC and genuine evidence, stating “We do not consider computational results as experimental evidence,” noting that the models often yield contradictory conclusions.

Given the evidence presented in the study, the Finnish team rounded out the paper by concluding “we have practically no anthropogenic climate change,” adding that “the low clouds control mainly the global temperature.”