A City OBSESSED With The Templars!

A City OBSESSED With The Templars!

One of the most stunning historic cities of old Europe is positively OBSESSED with the Knights Templars! You can’t walk down a lane in its maze of medieval streets without coming across Templar crosses, swords or full-size knights. There’s even a Templar museum.

Long before Madrid, Toledo was the capital of Spain. The Visigothic kings ruled from there, until a succession struggle in A.D. 711 led a group of Visigothic nobles to think that they could use the expanding power of the Muslim Moors to get what they wanted. This elite treason – combined with a similar calculation by the city’s Jewish community, who opened the gates of the city for the Moors – was the end for Christian Toledo. The good news is that the Moors promptly executed the Visigoth traitors!

When the city was liberated by Christian knights in 1085, its strong position made it first a frontier fortress and then once again the Spanish capital. It became famous as a centre of sword making, and today it has dozens of little shops selling all manner of blades.

During the Spanish Civil War in 1936, Toledo became the scene of one of the most dramatic battles of the whole conflict. Just under 700 nationalist troops were besieged for months in the city’s Alcazar fortress by more than 8,000 Communists.

At one point during the desperate fighting, the nationalist commander, Colonel Moscardó was called on the telephone by the chief of the Worker’s Militia, Commissar Candido Cabello, and told that if the Alcázar were not surrendered within ten minutes, Moscardó’s 16-year-old son, Luis, who had been captured earlier in the day, would be executed.

Colonel Moscardó asked to speak to his son and his son asked what he should do. “Commend your soul to God,” he told his son, “and die like a patriot, shouting,‘¡Viva Cristo Rey!’ and ‘¡Viva España!’ The Alcázar does not surrender.” “That,” answered his son, “I can do.” Luis was immediately shot on 23rd July, 1936.

The garrison was relieved by a column of Franco’s troops on September 27th.

The story of the siege was very interesting for foreign supporters of Franco, who would read the several books published in foreign languages, and would strive for meeting Moscardó when visiting wartime Spain. In December 1936 a delegation of Romanian Iron Guard led by Ion Moța and Vasile Marin presented a ceremonial sword to the survivors of the siege and announced the alliance of their movement with the Spanish Nationalists. The two Romanians were both later killed fighting against the Reds during the push to liberate Madrid.

The shattered Alcazar was rebuilt (see top of this picture) and still dominates one side of this splendid city.

One of our Sir Knights visited Toledo last year, and kindly supplied us with these photographs. What a place! 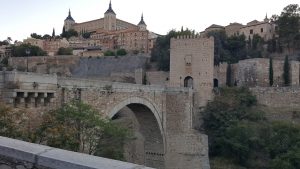 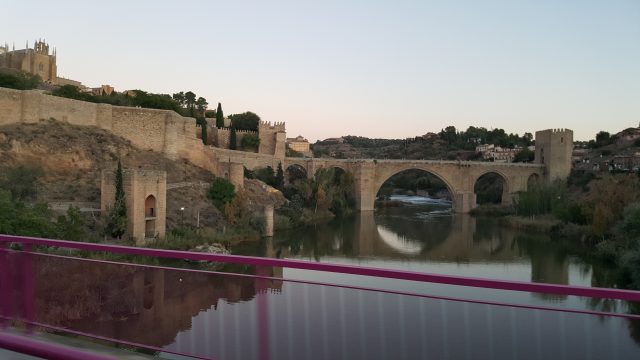 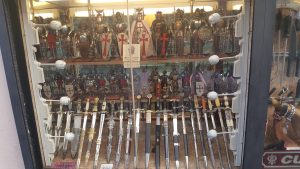 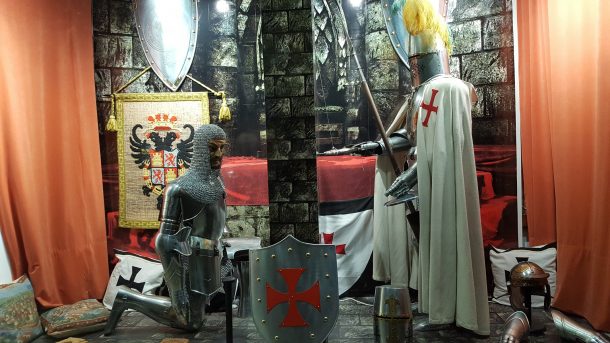