When the State fails its citizens and abdicates its responsibility to protect them, the people have a right to do it themselves. And this age-old truth is hitting home in more and more places as liberalism enters its terminal, civilisation-wrecking, phase.

The latest to discover this is a butcher who fed up of thefts, break-ins and yobs running amok in his town, has organised community “night patrols” to bring a halt to the spiralling crimewave.

Homes, cars and sheds were targeted in a pre-Christmas outbreak in Loftus, near Saltburn-by-the-Sea, North Yorks. When some of his customers told him they were too frightened to walk home at night, Mick Green decided enough was enough. So he, along with his sons Ryan and Adam and a small team of residents now patrol the town at night. Mr Green said: “I’m not knocking the police, but there was a problem in Loftus.”

“WE JUST LOOK ROUND THE STREETS AND ROUND THE ALLEYS, MAKING SURE NOBODY IS DOING ANYTHING THEY SHOULDN’T BE."

Cleveland Police have urged the volunteers to “leave it to the professionals”.

But Mr Green said that after talking about crime in the town with officers for a number of months, his group felt they needed to act before the situation got out of hand.

He added: “It’s only a really small minority of people in Loftus making people’s lives a misery, and the majority are living in fear of them. We think that should be the other way round.”

Small teams patrol the town every night by car, to try and nip trouble in the bud. Since the patrols began over the festive period the volunteers say they have not heard of any further reports of break-ins. 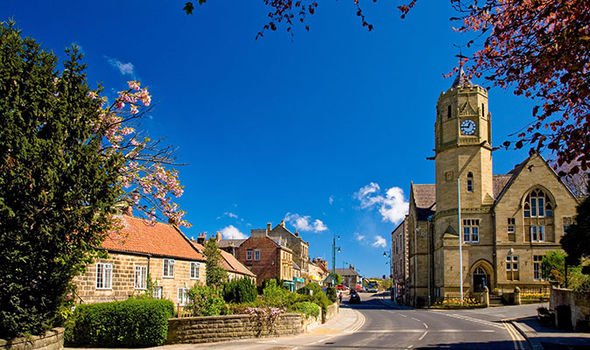 Loftus, where Mick Green and volunteers are ready to halt crime

“It’s maybe that the message is getting out there, or people have been locked up, but we’ve not seen much going on,” the butcher added.

“We just look round the streets and round the alleys, making sure nobody is doing anything they shouldn’t be. We’ve not had to do anything more than that.”

The police response is both typical and predictable, but they are also powerless to stop Citizens Observation Patrols that operate within the law, observing and taking photographs and video footage of suspicious behaviour.

When Muslims in part of Birmingham took such action to shut down kerb-crawling and prostitution in their area, the police were full of praise. When Jews in North London and Manchester operate private Shomrim anti-crime patrols, the police are full of praise and eager to co-operate. Why should it be any different when indigenous Brits do the same?