Some of the angriest protests against lockdown tyranny so far shook Holland at the weekend as police hammered demonstrators and a Covid testing centre was burnt down. Meanwhile, an effigy of the Danish Prime Minister was set alight in the fiery anti-lockdown protests sweeping across Europe.

The testing facility in the village of Urk in the Netherlands went up in flames on Saturday night. It was completely gutted by the fire. In Denmark, an effigy of Prime Minister Mette Frederiksen was set on fire.

The Netherlands saw the bulk of the unrest on Sunday as authorities used water cannons and dogs against large demonstrations in Amsterdam. Thousands of protesters gathered to demonstrate against the curfew imposed on Saturday.

In Eindhoven, police fired tear gas to break up a crowd of several thousand protesters. In response, a number of police cars were burned. The local press said that businesses at the city's central train station were looted. There were dozens of arrests and large numbers of demonstrators beaten by police, included mounted riot cops who were countered by demonstrators scattering steel ball bearings on the streets to deter them from charging and riding people down. 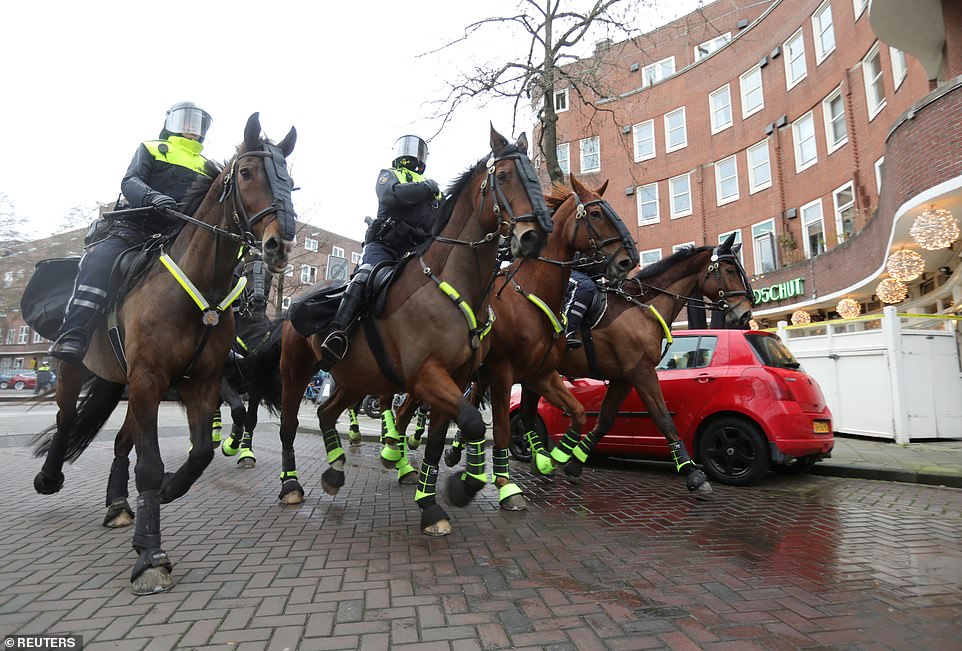 The 9pm to 4.30am curfew in Holland is the country's first since World War II, with unpopular Prime Minister Mark Rutte saying it is needed to bring down virus case numbers.

The were also big protests in several Spanish cities. In Denmark, an effigy of Prime Minister Mette Frederiksen with a sign around its neck reading 'she must be put down' was set alight in Copenhagen. The march was organised by 'Men in Black Denmark' who are protesting against the lockdown tyranny.