Are YOU Next To Be Censored? Shock new spy plan will target EVERY User!

Facebook users worldwide are outraged at the liberal Tech giant’s latest announcement that it is going to SPY on every single user and give them all ‘ratings’ based on their compliance with liberal assessments of what is and isn’t “Fake News”.

The notoriously censorship-happy social media giant plans to assign users a reputation score that ranks them on a scale of from zero to one, according to the Washington Post.

It marks Facebook’s latest effort to use hysteria over ‘fake news’ and “Russians under the Bed” to crush the grassroots use of social media to spread ideas and opinions outside the ‘acceptable’ ‘mainstream’ media bubble.

But the idea of a reputation score has already generated criticism around the total lack of transparency as to how the system will work.

Facebook plans to assign users a reputation score that ranks them on a scale of from zero to one. It marks Facebook’s latest effort to stave off fake news on its platform

Facebook product manager Tessa Lyons told the Post that the firm has been developing the system for the past year and that it’s directly targeted toward stopping fake news. 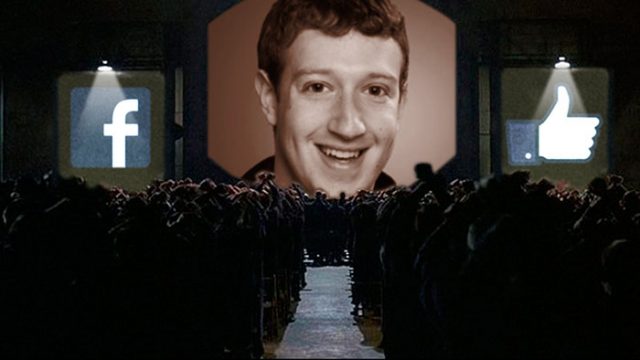 The firm partly relies on users to flag content they believe to be fake, but this has led to organised far-left campaigns to spread false claims against political opponents.

Users’ ‘trustworthiness’ score will take into account how often they flag content as being false, Lyons said. If that has been reported right, it makes the new plans an open incitement to individuals to make vexatious complaints simply in order to improve their own ‘scores’.

As part of the system, Facebook will also factor in thousands of other metrics, or ‘behavioral cues.’

It’s unclear what those other metrics will be, who will get a score and what Facebook will use that data for.

Based on recent experience of Facebook’s ruthless censorship of ‘conservative’ news, opinions and adverts, however, we’ve got all too good an idea……