The British state’s slow-burn war against Christians got a bit hotter today. A nurse who was sacked from the National Health Service after offering a Bible to a cancer patient and encouraged him to sing The Lord is My Shepherd was “fairly dismissed”, a court has ruled.

Sarah Kuteh was fired from her job at Darent Valley Hospital in Dartford, Kent, in 2016 for repeatedly talking to patients about her faith and handing out a bible, in breach of Nursing and Midwifery Council (NMC) rules.

A ruling, published last week by the Court of Appeal, stated that on June 3 2016 a patient at the hospital had complained about Ms Kuteh’s conduct.

The ruling, which upheld a decision that she was “fairly dismissedW by the Dartford and Gravesham NHS Trust, stated: ‘On 20 June 2016, the Complaints Department noted a call from a patient being treated for cancer concerning his assessment by the Claimant on 3 June 2016. 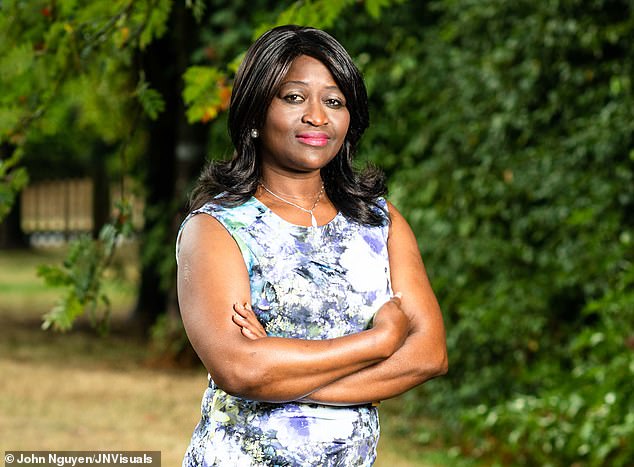 ‘He had replied ‘open minded’ to the question on the form concerning religion and complained that the Claimant had told him that the only way he could get to the Lord was through Jesus.

‘(She) told him she would give him her bible if he did not have one; gripped his hand tightly and said a prayer that was very intense and went ‘on and on’; and asked him to sing Psalm 23 [The Lord is My Shepherd] after which he was so astounded that he had sung the first verse with her.

The court documents also point to a number of other incidents, in which Ms Kuteh told a bowel cancer patient in April 2016 ‘that if he prayed to God he would have a better chance of survival’

Miss Kuteh, a 50-year-old mother of three, was suspended from her job in June 2016 and sacked for gross misconduct in August the same year, with her dismissal upheld by an employment tribunal later the same year.

She appealed the ruling of the tribunal in 2017, but failed in her bid to have her sacking overturned, but was allowed to work as a nurse again in July last year after her working restrictions were lifted by the Nursing and Midwifery Council.

Ms Kuteh, however, appealed for a second time against her sacking to the Court of Appeal – saying the employment tribunal had ‘failed to consider the correct interpretation of the NMC Code and the distinction between appropriate and inappropriate expressions of religious beliefs’.

The appeal upheld the finding that Darent Valley Hospital in Dartford, Kent was entitled to dismiss its employee

She also said the tribunal had failed to acknowledge that Article 9 of the European Convention on Human Rights – Freedom to manifest one’s religion or beliefs – was ‘applicable’ and to ‘consider the fact-sensitive distinction between true evangelism and improper proselytism’.

Judges at the Court of Appeal, however, rejected the nurse’s most recent appeal, saying she was not unfairly dismissed in a ruling published last week.

The ruling, presided over by Lord Justice Gross, Lord Justice Singh and Lord Justice Haddon-Cave, stated: ‘The Respondent employer [Dartford and Gravesham NHS Trust] did not have a blanket ban on religious speech at the workplace.

‘What was considered to be inappropriate was for the Claimant [Ms Kuteh] to initiate discussions about religion and for her to disobey a lawful instruction given to her by management.