Checking Out Of Sodom

Checking Out Of Sodom

How does an American Protestant pastor end up moving his family to a remote town in RUSSIA? What drove him to do it? What does his decision tell us about the West, and where we’re all headed?

This is a translation, originally published on the highly recommended Russian Faith (English language) website, of an interview which appeared in Today, a Russian news site, with Father Joseph Gleason, an Orthodox priest who moved to provincial Russia with his wife and 8 children, primarily in order to raise his family in an Orthodox Christian country.

They settled in Rostov-the-Great, 3 hours north of Moscow, not far from Yaroslavl (not to be confused with Rostov-on-Don, in southern Russia). The interview was conducted by Artemy Schmidt, a sociologist at the university of Yaroslavl. 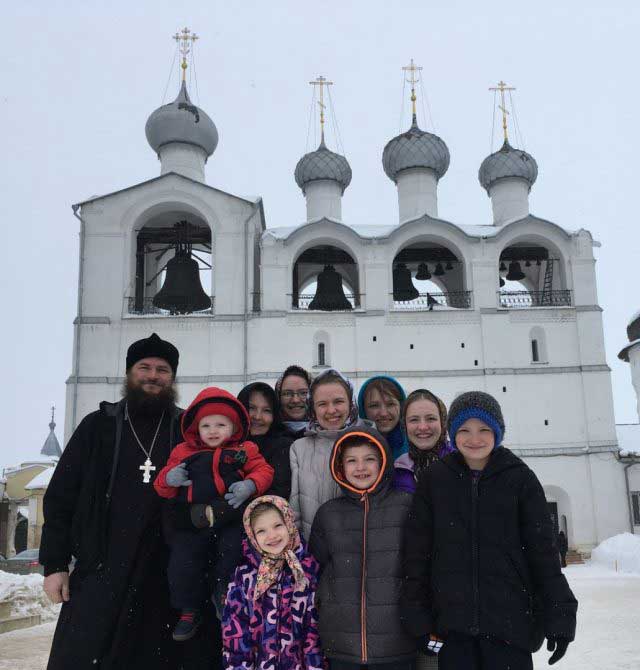 The modern world is seeing increased immigration activity due to wars, conflicts, natural disasters, globalization, and many other factors. Traditionally, the immigration stream primarily goes to prosperous countries with welcoming legal systems. When inviting foreign workers, students or refugees, these countries inevitably face the challenges of cultural and confessional assimilation. These problems are especially acute in the EU and USA where Middle Eastern refugees fail to assimilate, ruining the Western ideal of a cultural “melting pot”.

Meanwhile Russia, which traditionally attracts immigrants from all over the world, is offering its own approach to cultural integration. It is one of the main advantages of coming to this great country.

Consider the unique path taken by Fr. Joseph Gleason from the USA. Formerly a Protestant pastor, Joseph and his family converted to Orthodoxy several years ago. Eventually he became a priest in the Orthodox Church. In 2017, Fr. Joseph moved to Russia with his wife Amy and their 8 children, and they settled in Rostov-the-Great. He is building a house in a nearby community, and he looks forward to spending his life as a village priest.

Many thanks to Fr. Joseph who kindly agreed to answer my questions.

– Father Joseph, please tell me your story. What brings you to Russia?

I would say the first step was the religion itself. I was formerly a Protestant pastor, and had a small church in Omaha, Illinois. Then all of us became Orthodox Christians.

We didn’t want to be hypocrites, visiting church on Sunday and then watching “Game of Thrones” at home afterwards. That would make no sense. When the Faith is the most important thing in your life, you want to devote your entire life to it.

We didn’t want our children studying in government schools, so we homeschooled them. The USA is a good country in many ways, with many good people. But for various reasons, my family and I no longer felt good about living there. I was looking for a different country where we could live, and I began to research countries with strong Orthodox traditions: Serbia, Georgia, Greece, and of course Russia.

– Why were you disappointed with life in the USA?

In America, many things were very good. We had 6 acres of land, I had a tractor, my children milked goats, and our church was not far from home. I was also working as a computer engineer. All of these things were great.

But I didn’t want to live in a country without a future. When the Supreme Court legalized so-called “gay-marriage”, we were very frustrated. Every society is built on the foundation of the family. When the family is strong, society and the state are strong too. History has confirmed this many times. But without strong families, society crumbles. The homosexual lifestyle is a sin, and it destroys families.

In Russia it is possible to find people who practice the homosexual lifestyle, but it is not promoted by the Government. And as St. Paisios says: When an individual sins, God punishes the individual, but when the government sins, God punishes the whole nation. I don’t know if it will take 10 years, or if it will take 50 years, but if America does not repent, then the nation will fall.