The National Trust – the organisation which owns and safeguards many of Britain’s best-loved ancient buildings – has retreated, after being caught out using the anti-Christian terms ‘Before Common Era’ (BCE) and ‘Common Era’ (CE) at one of its properties.

Staff at Avebury Manor, a Trust property next to the country’s second most famous prehistoric stone circle, had faced a torrent of complaints after dropping the traditional BC and AD.

Dr Michael Nazir-Ali, former Bishop of Rochester, said using BCE and CE ‘amounts to the dumbing down of the Christian basis of our culture, language and history’.

He added: ‘Whether you use CE or AD, the date is actually still the same and the reference point is still the birth of Christ.’

As usual, the excuse is that referring to Anno Domini ‘In the year of our Lord’ and ‘Before Christ’ might upset followers of other religions. 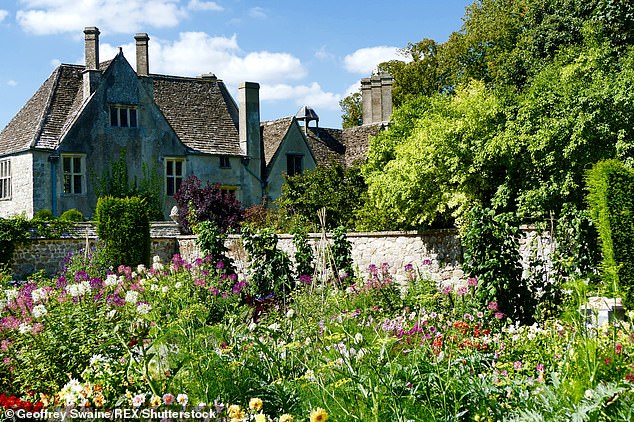 Only ‘aggressive secularisers’ would not like the use of BC and AD, says Dr Nazir-Ali. Even Mufti Barkatullah, of the Islamic Shari’ah Council, has joined in the criticism of the Trust’s PC mania, saying: ‘Nobody finds BC or AD offensive as a way of denoting periods of time.’

“The people who want to stamp out any reference to the word ‘Christ’ in our culture are the anti-Christian fanatics who have fanned out across the country since the universities began to churn them out in large numbers in the 1960s. Their anthem is John Lennon’s ghastly song Imagine and their creed is the selfism of the drug abuser and the abortionist: ‘Nobody can tell me what to do with my body.’

“You will notice one very interesting thing about them. They never try to stamp out public expressions of Islam. That is because they’re afraid of it. But who’s afraid of Justin Welby?”

The Trust has also been criticised for asking volunteers to reveal their gender identity and making some helpers wear gay pride badges.

In another row, it was derided for covering up pictures depicting men at Cragside house in Northumbria to highlight ‘a lack of female representation in art’.

It’s just one more example of the far-left madness sweeping Britain as bigots indoctrinated in universities totally captured by cultural Marxism move up to become the managers of our institutions.

The leftists Hitchens refers to in the sixties made a bee-line for teacher training colleges and lecturers’ posts. By the eighties they dominated such institutions, and it is the youngsters they taught who are now taking over the running of Britain as the baby boomer generation retires.

This is why it’s set to get a whole lot worse. The poison invented by the subversives of the Frankfurt School is now coursing through every vein of our national life. You have been warned!