Labour Party leader Jeremy Corbyn’s links to a pro-IRA group were examined by worried police in the 1980s and early 1990s, it has emerged.

Corbyn came to the attention of police after becoming involved with Red Action, a violent ultra-left group that expressed its “unconditional and uncritical support” for the IRA and included members of the IRA bombing team that blew up Harrods in 1983, killing six Christmas shoppers (above). 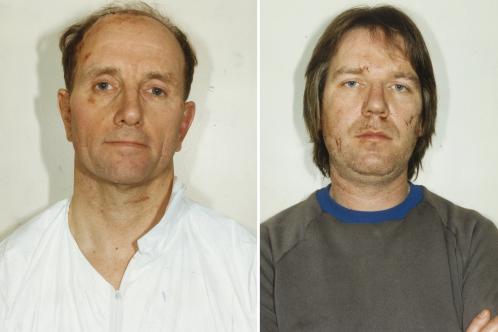 Patrick Hayes (right), a Red Action leader, and another member, Jan Taylor (left), were convicted of an IRA bombing campaign in England and sentenced to 30 years in jail.

A third member, Liam Heffernan, was convicted of stealing explosives for another republican terrorist organisation, the ultra-Marxist INLA, and sentenced to 23 years.

Corbyn spoke at at least three Red Action meetings between 1985 and 1992 and the group sometimes met at his then-constituency office.

Red Action was a splinter group of the Trotskyite Socialist Workers Party which broke from the SWP in order to concentrate on physical attacks on lawful and peaceful British nationalist meetings and paper sales. Dozens of its victims were injured with weapons ranging from bricks and bottles to baseball bats and spades.

Speaking to The Sunday Times, a senior police officer from the period revealed there was serious concern at the time that Mr Corbyn’s links, including hosting IRA and Sinn Fein figures at the House of Commons, had allowed the IRA to become familiar with the layout and security of the building.

“He knew they (Red Action) were open supporters of terrorism and he supported them,” he said. “We had no evidence that he knew they were actively involved in terrorism themselves.”

A former Special Branch officer, Peter Francis, has also said that Corbyn was investigated over his IRA links. There is no suggestion he carried out any acts of terrorism personally.

At the very least, however, Corbyn must have known about Red Action’s active support for the IRA, and about its own low-level political terrorism on the streets of London and other English cities, because the gang boasted about beating up political opponents in every issue of its newspaper and at every meeting it held. Violent confrontation was Red Action’s only purpose.

Red Action’s journal, seen by The Sunday Times, says it provided security for Corbyn and others in their work with the Troops Out Movement and Labour Committee on Ireland, which sympathised with republicanism. In mid-1992 Red Action co-ordinated a speaking tour with Corbyn to protest against the treatment of republican prisoners.

At the same time, Hayes and Taylor were plotting a bombing campaign that would include attacks on Harrods, Canary Wharf and Tottenham Court Road.

Red Action stated in its paper of the same name that “both as an organisation and as individuals we support the activities of the Provisional IRA and the INLA unconditionally and uncritically”, and saying IRA killings “were justified in the fight for freedom”.

Mr Corbyn is listed as the keynote speaker at Red Action’s ‘national meeting’ on February 23, 1985.

A spokesperson for Corbyn said: “Jeremy has never supported political violence in Northern Ireland. He had no contact with police over Red Action and was completely unaware of any criminal activities.”

So is he lying? Or is he just deeply ignorant and careless? You decide!