With the world's richest men and corporations raking in cash and assets during the World Economic Forum's worldwide plandemic lockdown, you might hope that local police forces would look for opportunities to help the small businesses whose owners pay their salaries. If you did, think again, because a little story out of North Wales gives us a snapshot of how the covidcops view such small businesses and have already slipped into working hand and glove not just with Big Government but also with Big Business. And woe betide the 'little guys'!

Welsh police threatened to fine customers who went to a farm shop to buy their milk, telling them they should get it from a supermarket instead.

Officers turned people away from a milk vending machine set up in Berthengam, near Holywell in Flintshire, Wales, after a dairy farm noticed supermarkets struggled to meet the demand for dairy during lockdown.

The unmanned roadside machine was set up at the beginning of the year and is open 24 hours a day, providing fresh dairy milk in bottles, along with flavoured milk shakes and hot chocolate.

Busybody police officers turned up and threatened customers with instant fines if they did not disperse from the shed, which is outdoors and obviously well-ventilated.

Mrs Jones contacted the police and was told that their customers should be getting what they need from a supermarket.  She said: 'I feel the police should be working with us as a new business and not driving all our customers to supermarkets. 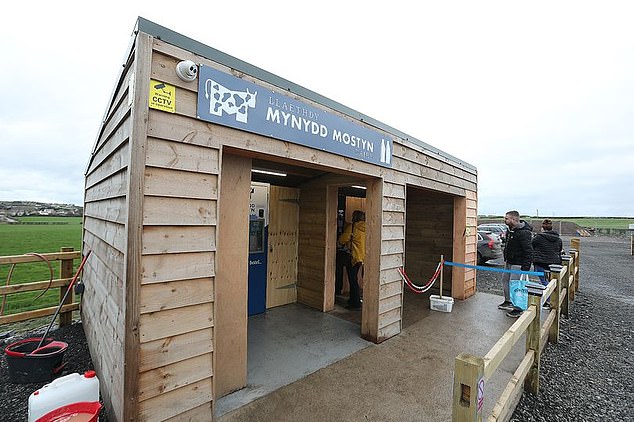