Crusade for America! That's the clarion call from our brand new campaign, and every American patriot knows it's timely and urgently needed.

Democrat tyranny is now absolutely blatant, epidemics of crime, opioid abuse and anti-white hatred are sweeping the country, woke Communist and LGBTQ+ bigots are waging war on History and Decency, and a sinister cabal of globalists and mega-corporations are making a grab for the hard-earned freedoms and wealth of Middle America.

With rocketing food prices, fuel costs and energy bills, millions of decent families in communities all over the once great and prosperous nation face a long winter of real poverty and fear for the future.

No time in living memory has seen hardship like what's coming to millions of Americans, so the need and opportunity for Templar-led community initiatives has never been greater. Whether it's neighborhood support schemes, food banks, hot meal deliveries or communal dinners, demonstrations against Drag Queen perversion, actions against bank bailiffs in defence of farmers, or any one of a thousand other grass roots actions, the Templar tabard jackets in our Crusade for America volunteer pack will help you stand out and stand tall!

The first leaflet that is also under production makes it clear that political and community ACTION are vital to save America, but that NOTHING is any use unless it also involves a RELIGIOUS Crusade. America's material collapse is both the result of and punishment for the religious and moral collapse which has been set in motion by the godless, atheist liberal elite.

The volunteer pack also includes an official identity badge lanyard AND a free Templar battle flag. All for just $59 including postage. So order yours today and start Crusading for America! 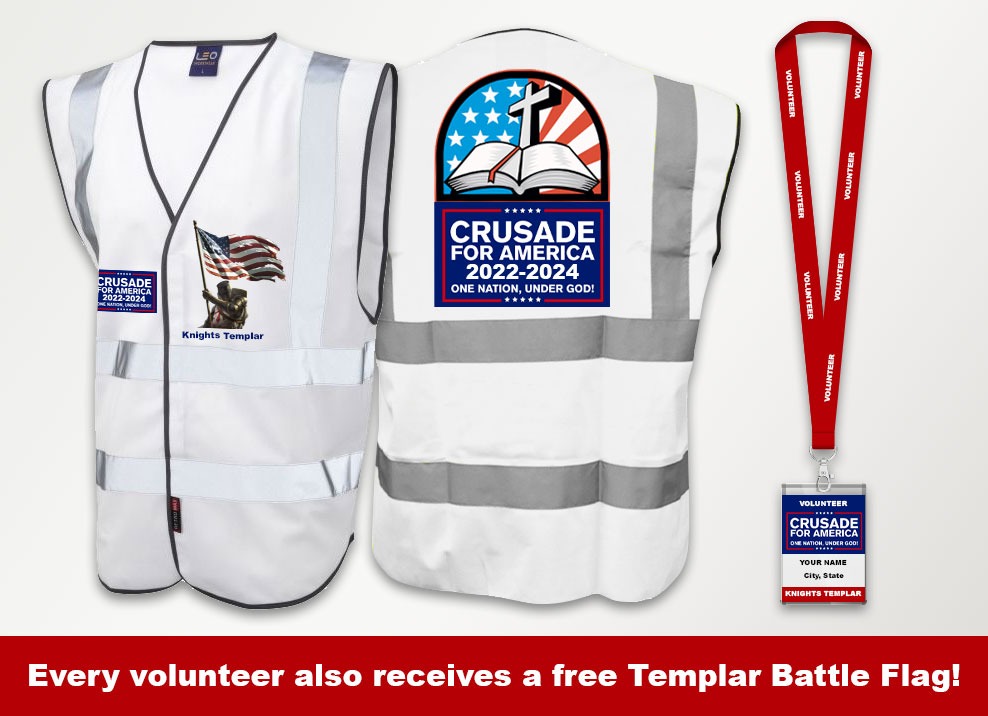