A group of islands halfway between Australia and Hawaii have been found to contain deadly levels of radiation, 1000 times higher than toxic sites of stricken nuclear power stations at Chernobyl and Fukushima.

The Marshall Islands in the central Pacific Ocean were once an idyllic tropical paradise before they were hit with more than 60 nuclear bombs during testing carried out by the United States between 1946 and 1958.

Locals were forced to flee their homes after they were hit with bombs and decades later nuclear waste is now flowing into the sea.

But the levels of toxic radiation inside the Chernobyl exclusion zone pale in comparison to the impact of the US bomb tests in the Marshall Islands. A gigantic concrete ‘nuclear coffin’ constructed on the island of Runit is now breaking up and leaking increasingly dangerous amounts of radioactive waste into the Pacific. 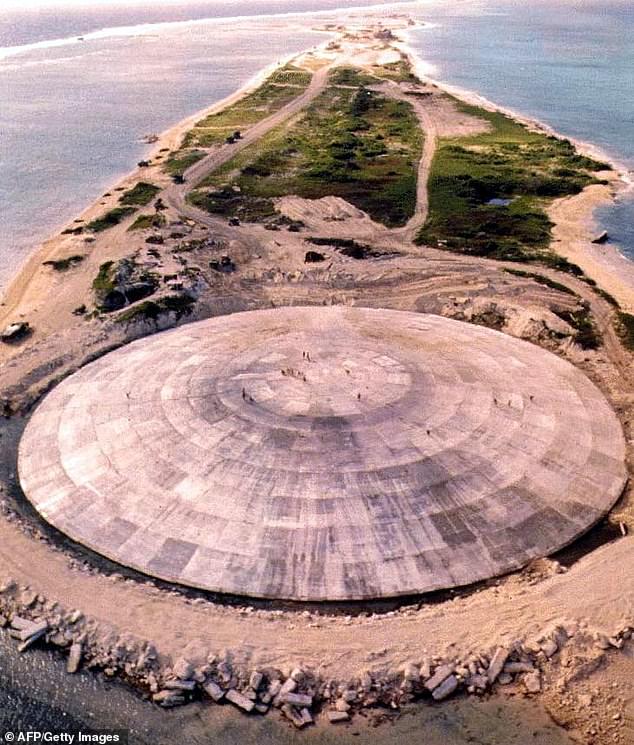 The long-term impact of this is still unclear, but given that radioactivity from Fukushima has been traced thousands of miles away, the risk from this far larger leak is liable to cause increasing concern all around the Pacific ocean.