When Donald Trump spoke of the 'China virus - because it came from China', the Democrats and their media cronies screamed that the idea was both 'racist' and a 'tin-foil hat conspiracy'. Yet, all of a sudden, the very same people are now screaming that Covid-19 was 'created in a lab in Wuhan'. Do you see what they did there?

Of course, we expect lies and stupidity from the Democrats, indeed from the entire political elite of the Western world. But sensible conservatives and patriots are NOT supposed to swallow their horse****.

Sadly, that's exactly what many are doing right now: "See, it was those wicked, Commie Chinese who did it, blah, blah".

Did what, exactly? Unleashed on the world a virus so 'deadly' that the only reason we even know about it is that the elite have spent more than a year running a giant psy-op of deliberate, shameless and massive manipulation of statistics?  Given us a plague so virulent that, were it not for a year and wall-to-wall doom-porn propaganda, we would not have allowed it to change our behaviour in any way, shape or form?

Sure, Covid-19 is being exploited ruthlessly by the global elite to force a truly Satanic Great Reset upon us. But none of the measures that have been imposed on us has been imposed on us by the ' Communist Chinese'.Every single one of the health-wrecking, spirit-breaking, economy-sabotaging, business-destroying, culture-distorting 'covid measures' has been imposed by our own liberal governments - with the active collaboration of our own capitalist mass media.

For those covid lockdown collaborators suddenly to start blaming the Chinese is a massive and deliberate distraction. They know their insane policies are soon going to be understood by every normal person as utterly disastrous and, if not actively wicked, criminally incompetent. So they are trying to shift attention, and the blame, onto the Chinese.

On top of that, the American, UK, and EU Deep States are hell-bent on confrontation with China. They are deliberately racking up tensions and working to instill pro-war hysteria in the public. The 'Made in Wuhan Plague' tale is just another WMD 'dodgy dossier' from the same warmongering scum who lied us into the war in Iraq which created the Frankenstein's monster known as ISIS. 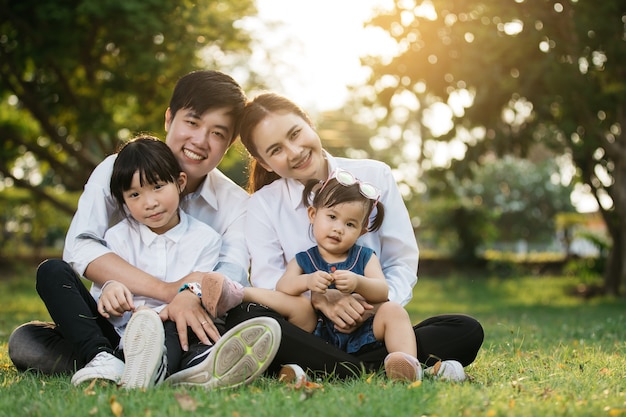 These elite criminals need constant drum-beats of war in order to convince the public to allow themselves to be fleeced of vast amounts of tax money in order to pay for the over-priced, already obsolete junk weapons produced by their cronies in the military-industrial complex. To quote the great American Gen. Smedley-Butler, "war is a racket".

The unjust war against Iraq also served obvious geopolitical purposes for those who lie us into it. It helped US oil companies make bigger profits, it helped Saudi Arabia further monopolise Middle Eastern oil production, it allowed the US imperialist war machine to plant bases in a part of the world where no sane American would ever send their son or daughter, and it allowed Israel to advance the Yinon Plan for the destruction of any and every neighbouring state which might threaten its military hegemony.

There are no such 'advantages' to a war with China. We can see the benefit for the elite of shifting the blame for the covid lockdown disaster onto the Chinese. But why on earth the crooks running America, Britain, etc would want to even risk a war with China is, frankly, a mystery even to the Templars - and our analytical abilities are well-known and proven.

Iraq was a third rate military power, armed mainly with out-dated, Cold War era Soviet weapons. War on Iraq was always going to be a turkey-shoot. But China is VERY different. China is the West's most important trading partner, the source of most of the products which make our consumer lifestyle so cheap and comfortable, and a massive holder of Western government debt. To rile China is economic suicide, even if it doesn't lead to war.

And if the shooting does start, the West will discover that China's home-grown weapons systems are shockingly superior to the over-priced junk produced by 'our' corruption-ridden military-industrial complex. The NATO fleets now heading for, or already in, the waters which China perfectly reasonably considers 'hers' (just as Americans perfectly reasonably regard the Gulf of Mexico as theirs), will vanish from the radar screens within minutes if the Chinese decide that having foreign aggressors with a first-strike policy on their doorstep is a risk they are no longer willing to take.

So why pick a fight with China? It's not because the Democrats hate Communism, because they are busy imposing a sort of Communism of their own on America right now. Unlike them, we in the KTI really don't like Communism. But we recognise the dogmas and dictatorship of atheistic liberalism as a much bigger threat these days. If the Chinese prefer their brand of Confucian Communism to 'our' brand of woke, Sodomitic liberalism, that's entirely their business.

There is an economic argument for working to reverse the hollowing out of American, British, etc, industry, which has seen so many of our jobs and technologies migrate to China. But the liberals now pushing Sinophobia remain resolutely opposed to such economic nationalism. They are the ones who exported our jobs to China in the first place, and even while poking China they are busy exporting more of our jobs to India, which still has the cheap labour they crave.

And it's not because 'we' can 'beat' China in a war. Because we cannot. Yes, we could inflict huge damage on China. But China is a homogeneous, patriotic society which could take huge damage. And China has the military and economic might to inflict such damage on the West in retaliation that our own fractured, 'enriched', rotten societies would collapse completely under the strain.

So why use such ridiculous lies to pick a fight with China? We say again, we really don't understand such monstrous folly. Is it just 'love of money'? Has the good Lord struck our masters down with a madness, in order to bring their misrule crashing down in nuclear Armageddon and to punish us all for the mortal sins in which we have acquiesced?

Or is it simply because people running the West, a pretty much hereditary elite of homicidal economic predators, just misread China? Our masters are criminal predators. The capitalist era started in Britain with the theft of the commons, the ancestral folk-land, from the English, Welsh, Scots and Irish peasantry and free yeoman. It started in America with the liberal war of aggression against the traditionalist South. Abroad, it started with the literal drug-rape of China, and went on to the deliberate destruction of the old European empires through World War One and then its equally unnecessary and artificial sequel. The left call it 'capitalism', the non-brain-dead right tend to call it the 'Rothschild system'. But it doesn't matter what you call it, the whole thing is anti-Christian, anti-human, anti-tradition and anti-God. It is utterly evil.

Being so evil, so greedy and so aggressive, the current generation of this hereditary liberal elite ruling class can only look at the rising challenge from China and assume that the Chinese are the same as them, but these days just better at it. They project upon China their own evil and their own lusts.

Yet to believe that China wants to invade and conquer America or Britain is like a tiger thinking an elephant wants to kill and eat it. Just because the elephant is big and strong, it doesn’t mean it is a predator. The elephant has totally different instincts, just as the Chinese have a totally different agenda. The tiger can’t grasp the concept, because he wants to kill and eat everything that is smaller than him.

The Chinese want to make money from trade. They want a relationship with the non-Chinese world which is productive and profitable to them, but which keeps its inexplicable and non-Chinese habits and tendencies at bay. They want to be able to afford to visit the West on holiday, take a few pictures, buy some luxury, prestige items, and then go home to be surrounded by the familiarity of a China that is completely Chinese. If you've been brought up to view them with suspicion, or even with dislike, then carry on doing just that.

But don't do the work of the liberal elite by spreading so much as a single meme about the Chinese being to blame for their Great Reset lockdown. Know your real enemy, and don't let him distract, misdirect and neutralise your righteous anger. It is not China which ran a coup against the US constitution. It is not China that runs the governments and advertising agencies which, all over the Western world, work night and day to use immigration, the 'culture of critique', miscegenation, abortion and perversion in a deliberate programme for the ethnocidal destruction and replacement of our race.

Our mortal enemy is not China, but liberal Babylon. Never forget, and never forgive.