A black soldier has won £490,000 in compensation from the Ministry of Defence after being made to play a Taliban fighter in an internal training programme made to save the lives of his comrades by giving as realistic as possible warnings about the dangers on the ground in Afghanistan.

The payout – a record for racial discrimination in the Armed Forces – has been won after a six-year legal battle by Lance Corporal Inoke Momonakaya, a Fijian.

Last night L/Cpl Momonakaya, 40, told The Mail on Sunday he had been left suicidal by a relentless campaign of racist bullying by fellow soldiers from the 2nd Battalion, Duke of Lancaster’s Regiment (2 Lancs).

In 2011, he and five fellow Fijian soldiers were cast as Taliban fighters for an MoD training video, due to the colour of their skin. A senior officer allegedly told them: ‘You guys must be feeling right at home wearing them dishdash [Arab robes] – no one can tell the difference [between] you guys and the Taliban.’ 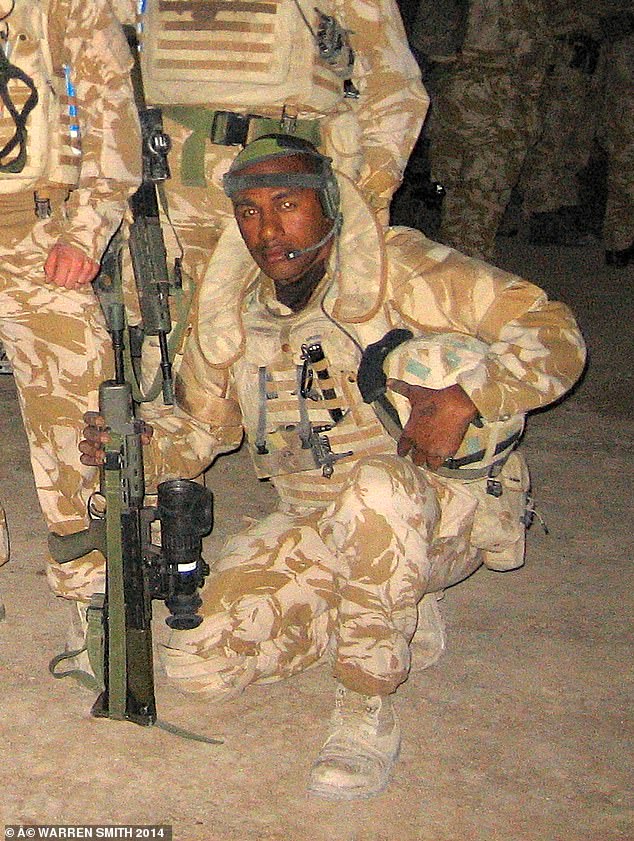 White soldiers played the role of British soldiers in the film, intended to help troops arriving in Afghanistan to spot clues that insurgents had planted roadside bombs. For another scene, the Fijians were told to swim 500 yards across a lake.

When L/Cpl Momonakaya – known as ‘Momo’ – questioned the order, an officer said: ‘The reason they don’t want to swim is because they are afraid of water and black people don’t swim. Have you ever seen a black Olympic swimmer?’

L/Cpl Momonakaya said: ‘The racism left me wanting to kill myself. I was going to buy a rope. Today, I am still undergoing psychological treatment and I may not be able to work again. It has left me suffering from a complex form of post-traumatic stress disorder.

Which could of course also be said about the long-suffering British taxpayer!