EVERLASTING LIFE is a scientific FACT

EVERLASTING LIFE is a scientific FACT

TIME does not flow like a river but is broken down into individual separate units – and a version of you lives forever in each unit, physicists have said, meaning that the Christian belief in everlasting life is now confirmed by science as a fact.

Historically physicists and philosophers viewed time as a constant, flowing like a river from the past to the present and into the future.But more recently quantum physicists have suggested this view was wrong and introduced the purely theoretically idea of the shortest length of time possible – the almost infinitesimally small Planck Constant, named after German theoretical physicist Max Planck.

Research carried out at the University of Waterloo and University of Lethbridge, in Canada, and Alexandria University in Egypt, suggests there is a genuine measureable minimum unit of time beyond which it is not possible to go – meaning time is broken down into discrete units in the same way matter is made up of atoms.

These ‘static’ minimum units of time then align to give the impression of time flowing – just as a schoolboy flicker book, or a movie does.

THE PHYSICAL UNIVERSE IS REALLY LIKE A MOVIE OR MOTION PICTURE

A paper, called Time Crystals and Minimum Time Uncertainty, has been drawn up by researchers Mir Faizal, Mohammed M. Khalil and Saurya Das.

Faizal said: “It might be possible that in the universe the minimum time scale is actually much larger than the Planck time and this can be tested experimentally.

Faizal said: “The physical universe is really like a movie or motion picture in which a series of still images show on a screen creates the illusion of moving images.

“In our paper we have proposed that time is discrete in nature and we have also suggested ways to experimentally test this proposal.

“Thus, if this view is taken seriously, then our conscious precipitation of physical reality based on continuous motion becomes an illusion produced by a discrete underlying mathematical structure.” 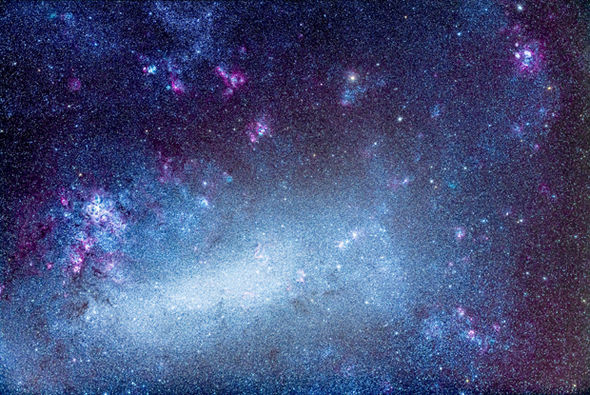 Through some  ultra-complex mathematics the scientists conclude that time can be thought of as a crystal structure, regularly, endessly repeating segments.

The physicists paper touches on philosophy at many points

“However unlike other theories of Platonic idealism our proposal can be tested experimentally and not just be argued for experimentally.”