Two days before the Spanish national elections that are expected to see a surge in support for the populist Vox party, Facebook has taken down several networks that were spreading patriotic content to nearly 1.7 million people in Spain.

The networks had a total reach of almost 1.7 million followers and had generated close to 7.4 million interactions in the past three months alone, according to analysis by the independent group.

A regional election in Andalusia late last year returned a shocking result — with the tiny (and previously unelected) populist party Vox gaining around 10 percent of the vote to take 12 seats. 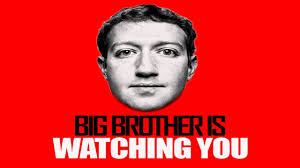 Since the 2016 U.S. presidential election, Facebook has launched what it markets as “election security” initiatives in countries throughout the world in an attempt to hold back the tide of patriotism and populism.

The decision will have serious political consequences for Facebook in Spain as accusations of political interference are already being levelled at the tech giant.

On Wednesday, the MPs in England condemned Facebook, Google and Twitter for refusing to report users to law enforcement authorities when they take down posts deemed to contain "hate speech."