It could just as easily have been ACID! This sort of violence is what happens when pro-Remain media outlets such as the BBC and Sky demonise political opponents and Brexit campaigners. As the media here shows, Nigel Farage was attacked again while out campaigning for a big pro-democracy Brexit vote in Thursday’s European elections in Newcastle today.

And as you’ll see below, we have already found out exactly who did it.

This is the attacker, named by police as Paul Crowther…. 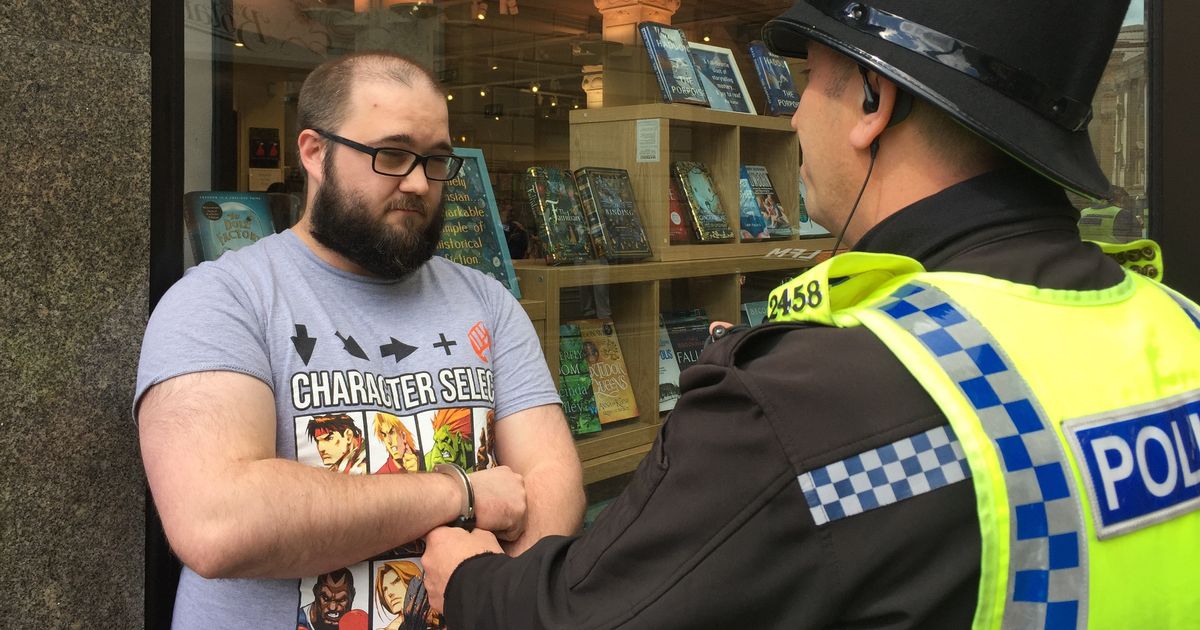 And here is the ‘About’ page from Crowther’s Twitter page, in which he reveals that he is employed by SKY as a Customer Service Rep:

If you agree with us that political violence has no place in Britain, or in any civilised society, please call them RIGHT NOW and ask when they are going to announce that they have sacked this nasty left-wing thug…