George Mendonsa , the ecstatic sailor shown kissing a woman in Times Square celebrating the end of World War II died Sunday. He was 95.

Mendonsa fell and had a seizure in Middletown, Rhode Island, where he lived with his wife of 70 years, his daughter, Sharon Molleur, told the press.

Mendonsa was shown kissing Greta Zimmer Friedman, a dental assistant in a nurse’s uniform, on Aug. 14, 1945. Known as V-J Day, it was the day Japan surrendered to the United States as jubilant crowds packed the streets of Time Square in New York.

It became one of the most famous pictures of the 20th century.

When the end of the war was announced, Mendonsa was on leave. He served during WWII on a destroyer.

Before he died, Mendonsa spoke about the kiss. He said Friedman reminded him of the nurses on a hospital ship that he saw care for wounded sailors.

“I saw what those nurses did that day and now back in Times Square the war ends, a few drinks, so I grabbed the nurse", he said.

Friedman was working in a dental office at nearby Lexington Avenue, and though the war hadn't officially ended, the rumors around NYC were swirling that Imperial Japan was set to surrender.

Mendonsa was on a date with his then-girlfriend, Rita Perry, a woman that would later become his wife, waiting for his train back to the West Coast and back to the war. That's when he heard the news that the war was over.

Rita can be seen just over Mendonsa's right shoulder. 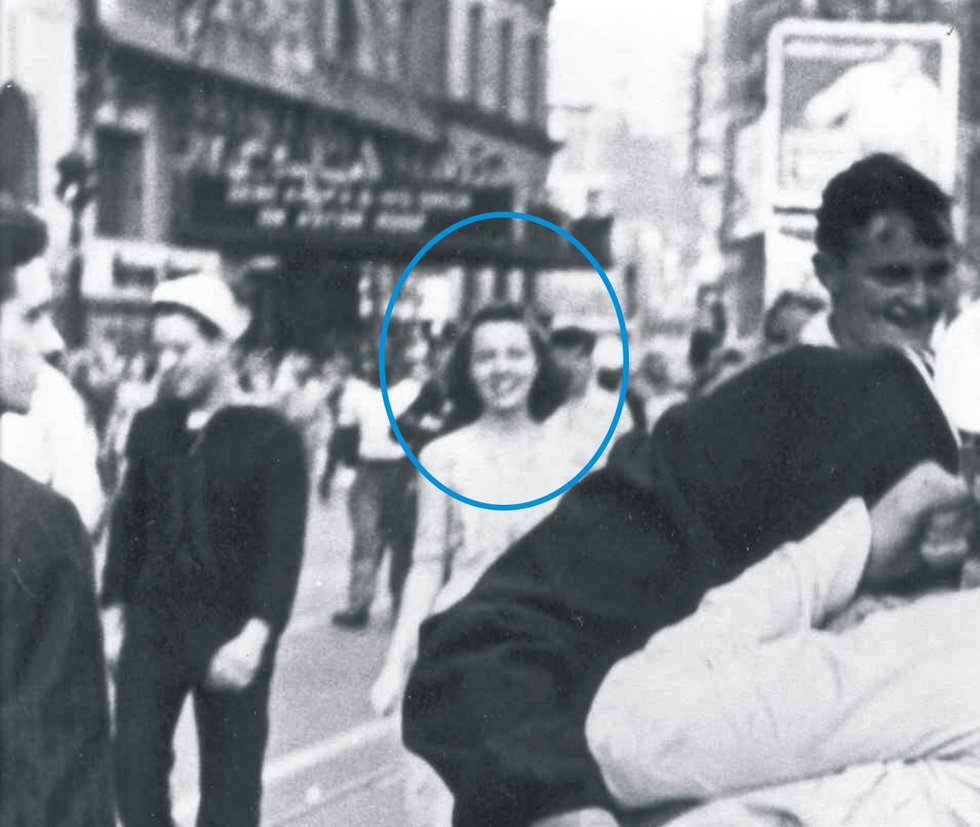 When asked about her feelings being in the background of a famous photo of her husband, 95 years old as of 2018, kissing another woman, she said, "he's never kissed me like that."