The fast-growing persecution of American Christians of which we warn in The Great Reset Resistance has led to respected campaigning body MassResistance being targeted by goons from the Democrat-controlled FBI.

MassResistance has strongly opposed controversial Biden administration policies, such as the transgender movement’s aggressive targeting of children, as well as the radical LGBT agenda in general. So it’s not too surprising that, being a serious conservative activist group, it has attracted the administration’s attention.

The FBI comes to “question” MassResistance

On Wednesday morning, MassResistance’s national Organization Director Arthur Schaper got a knock on his apartment door (in suburban Los Angeles). 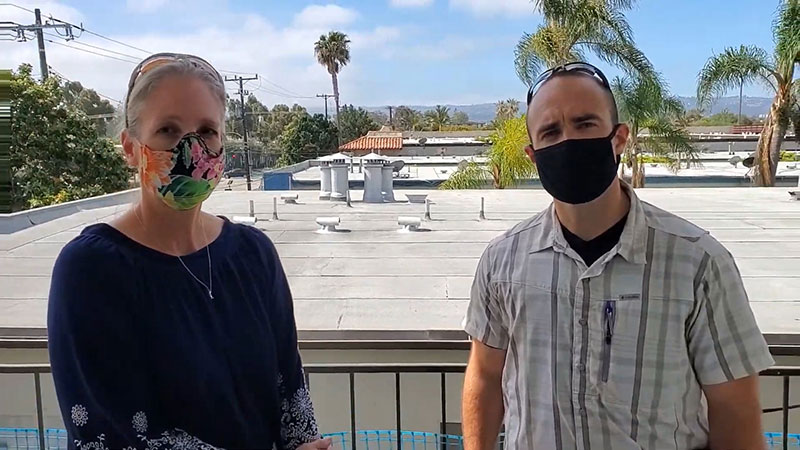 These two FBI agents flashed their IDs, identified themselves as “special agents,” and started asking him questions:

“We're following up on leads from DC. We're just curious if you went to DC or if you knew anybody who had gone to DC, and if you'd be willing to talk to us about any of that.”

“I did not go to DC. But honestly, I think this is a massive abuse of power which you guys are doing. It’s disgusting. I want to have a lawyer with me before I talk to you. You guys are violating the Constitution.”

Arthur asked them how they got into his apartment building, since only residents have keys to the complex. They said, “We're not going to talk to you about that.” Arthur told them to “GET OUT!” They stared at him again, then turned around and left.

But they will be back. The Biden administration is militarising the FBI and much of the federal government against conservative Americans. Our lead photo shows the liberals' law enforcement mercenaries when they crashed through the door of Trump ally Roger Stone way back in 2019, and things have got much worse since then.

Some naive conservatives say, “If I’ve done nothing wrong, I have no problem with the FBI coming to my house and asking questions.” That’s what General Flynn – and many others – have thought. But tyrants are skilled at manipulating what you might say. (Read The Gulag Archipelago for vivid descriptions of that.)

Our first book, Deus Vult - Reconquista of the West, has a whole chapter on how to deal with police questioning. Every patriot in the entire West needs to read and learn from this, and the rest of trhe book contains many other important insights. Both this and the sequel, Deus Vult - The Great Reset Resistance, are now available for immediate dispatch. Order yours TODAY!