Whether it’s Britain, America or any other country, no serious nation can even begin to be truly independent unless it has a healthy and productive steel industry. When it comes to national sovereignty, steel production is as important as political independence or strong armed forces. So the collapse of British Steel is a hammer blow to real British freedom to match the political impact of being denied Brexit by the ruling globalist elte. 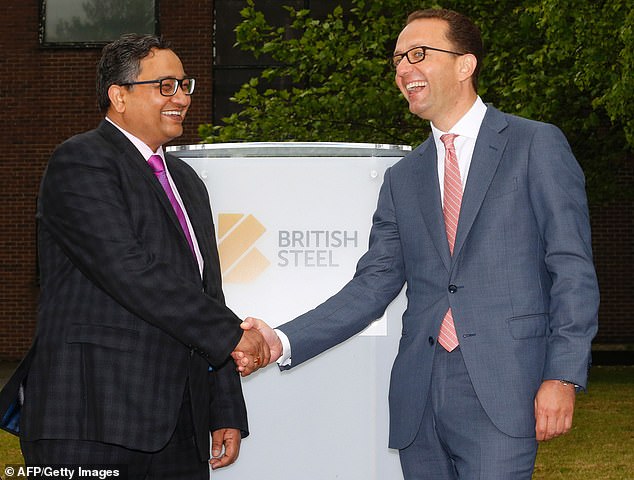 Daniel Goldstein, who also controls Greybull capital, pictured with his wife, Deana. Since then, the firm has received £120 million from the government, and tried and failed to blag another £75 million just before it collapsed.
Yet, like many London finance houses, Greybull is run by foreign nationals and chooses to hold many assets, including much of its stake in the ‘British’ firm, via an opaque offshore vehicle registered in the tax haven of Jersey. Such financial gymnastics are standard practice in the world of high finance. Some call this typical of unbridled, unaccountable, 21st-century global capitalism.
Indeed, unions have accused Greybull of laying ‘a trail of corporate destruction which has wreaked havoc on the lives of working people’ during its three years in charge of the steel firm. All the while, it has taken £3 million a year out of British Steel in ‘management fees’, while simultaneously allowing the company to rack up bills of £17 million a year in interest on loans that Greybull itself issued, via Jersey, at rates of almost 10 per cent.

So who, exactly, is behind the secretive private equity firm? And how did this small bunch of ultra-wealthy foreigners come to own one of Britain’s industrial giants? The answer, on paper, is very simple. According to Companies House filings, Greybull Capital is controlled by two men: Marc Meyohas and Daniel Goldstein.

They run the business via a Limited Liability Partnership, a complex structure which makes it impossible to establish how much it’s making in profits, paying senior executives, or handing over to investors.

It all illustrates the way that, while private property is a vital building block of a free, decent society, unrestrained capitalism is a monster that wrecks nations, communities and lives.