The liberal elite seem hell-bent on shutting down all possibilities for effective protest against their ‘Project’ to destroy the old nations of Europe through mass immigration. The latest victims of the ever-growing repression are three leaders of the French Generation Identity movement, who have been sentenced to imprisonment and massive fines for peaceful but eye-catching protests.

In spring 2018, French GI activists – frustrated by the French government’s inability or unwillingness to get the migrant crisis under control and prevent illegal immigration into their country – decided to take matters into their own hands with symbolicnonviolent action.

GI blocked the Col de l’Échelle, an Alpine mountain pass near the border with Italy, through which migrants were sneaking illegally into France. The activists deployed banners, fences, and even a helicopter to block the route.

One activist explained that the goal was “to show the public authorities that, with a bit of will and fairly modest means, it is possible to regain control of our borders and prevent the illegals from entering our country.” The action got substantial media coverage.

GI argues that Europe needs to embrace the “No Way” Australian model against illegal immigration: that anyone who tries to illegally go to Australia by sea will simply be sent back. As General Angus Campbell, Commander of Operation Sovereign Borders, explained: “There are no exceptions . . . If you come to Australia illegally by boat, there is no way you will make Australia home.”

Such a policy, GI argues, is the only way in which illegal migrant crossings, and the tragic deaths associated with them, can be eliminated. By contrast, the European Union adopted an insane policy whereby migrant boats “rescued” just off the shores of Libya and Tunisia are ferried directly to European ports. That sure made the people smugglers’ job easier. 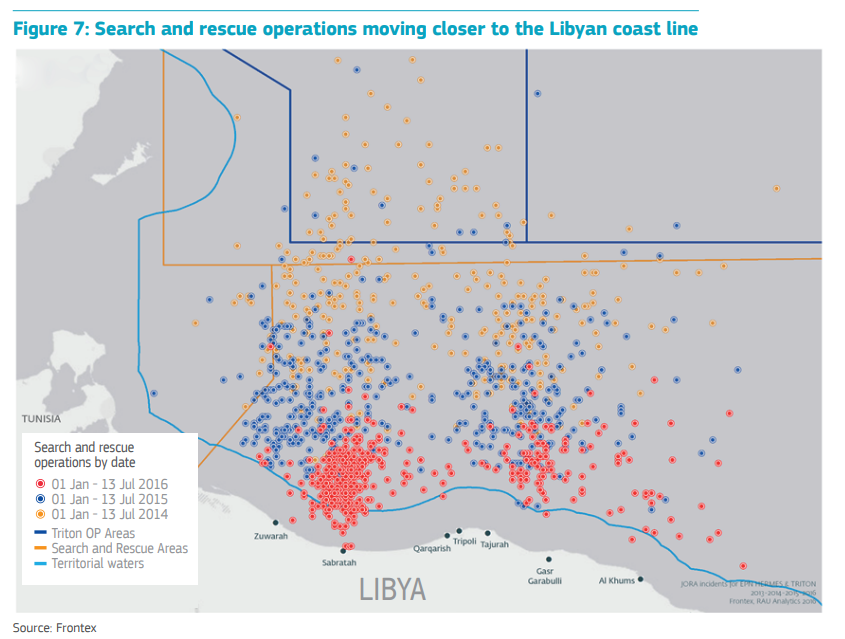 The Macron regime, however, is not kind to Frenchmen who still have the strength and will to defend their homeland. Last week, three GI leaders – Damien Lefèvre, Clément Galant, and Romain Espino – were sentenced to six months in prison and 2000 euros in fines for this action. The three men will also be deprived of civic rights for five years. The GI organisation itself will have to pay 75,000 euros – an eye-watering penalty clearly designed to destroy it and, in due course, to bankrupt its leaders.

According to the judges, GI usurped the public authorities’ responsibilities and “exercised an activity in conditions such as to create a confusion in public opinion concerning a governmental function.” Thus, the Frenchmen will be punished for symbolically and non-violently doing what the French government refuses to do.

All over the liberal West, this sort of repression is on the rise. The global elite seem oblivious to the fact that denying people the right to peaceful protest – let alone the opportunity to effect constitutional change – they are sowing the seeds of alienation, violence and terrorism. Very foolish – but as predictable as the consequences.