Isn’t this heartwarming? How generous! How ecumenical! Now: when will the Bible reading in mosque be? What’s that? Never? Why not? 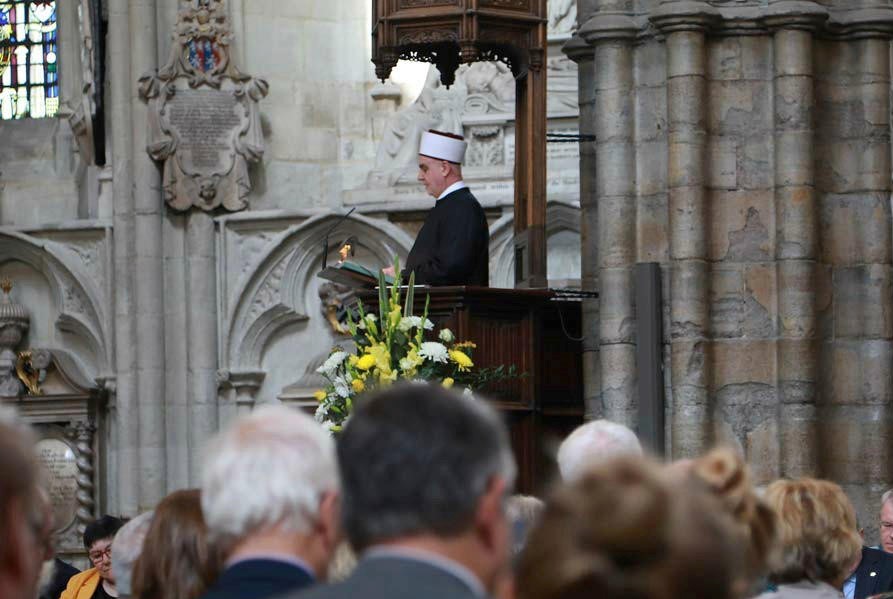 “Britain’s royal cathedral—the nation’s coronation church since 1066—and the final resting place of 17 monarchs approved a Koranic reading from its lectern at a memorial service last Tuesday.

Husein Kavazović, the Grand Mufti of Bosnia and Herzegovina, read from Koran 16: 90-97 at a Service of Thanksgiving for the life of Paddy Ashdown—a British politician and former diplomat who served as leader of the Liberal Democrats.

The Grand Mufti's time would be best spent spreading his message of "peace and tolerance" to his fellow Muslims in Bosnia.

As the video below demonstrates, "tolerance" towards Christians is certainly no virtue of Bosnian Muslims:

The Koranic reading was in Bosnian and preceded biblical readings from Isaiah 52: 7-12 and Paul’s second epistle to Timothy 4:1-7.

When objections were raised on the Abbey’s social media page to the reading of the Koran, a spokesperson replied: “Verses from non-Christian religious texts have been read in the Abbey many times. We have held many interfaith services.”

The Abbey spokesperson was unable to give a specific answer when asked how many times Christians had been invited to interfaith services in a mosque or Hindu temple.

In 2017, a row broke out after the Islamic call to prayer was performed in Gloucester Cathedral.

“This is being celebrated as an ‘inclusive’ act. When will the Nicene Creed be recited inside a mosque? Or must the ‘inclusive’ acts, as always, go only in one direction?”