Heroism: Paris Priest Shows Us What It Means

Heroism: Paris Priest Shows Us What It Means

The word ‘hero’ is often used very loosely today, but one man in particular emerged from the terrible Notre Dame inferno having reminded us all of what it really means. The brave French priest who helped the wounded in the Bataclan terror attack on Paris and who survived an ambush in Afghanistan also did something truly remarkable and selfless as the flames raged in the heart of Paris.

Jean-Marc Fournier, chaplain of the Paris Fire Brigade, rushed straight for the relics housed in the cathedral to rescue the Blessed Sacrament and the Crown of Thorns relics from the blazing building on Monday night. 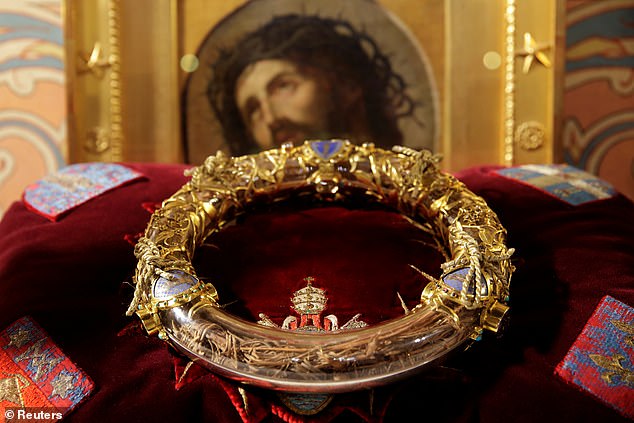 It was feared that both religious artefacts would be lost as flames engulfed the medieval building, but Father Fournier made sure they were taken to safety.

Four years ago he also comforted the wounded after the worst terrorist attack on Paris this century when 89 people were massacred at the Eagles of Death Metal concert in 2015.

During his time as an army chaplain, he survived an Islamist ambush in which ten soldiers were killed.

Etienne Loraillere, an editor for France‘s KTO Catholic television network, said Father Fournier ‘went with the firefighters into Notre Dame Cathedral to save the Crown of Thorns and the Blessed Sacrament’.

This was confirmed by an emergency services source who said: ‘Father Fournier is an absolute hero.

‘He showed no fear at all as he made straight for the relics inside the Cathedral, and made sure they were saved. He deals with life and death every day, and shows no fear.’