A key worry among American critics of NATO is that expanding the alliance into Eastern Europe may entangle the United States in conflicts that have little or no relevance to our genuine security needs.

But the 2011 NATO intervention in Libya is a reminder that even Washington’s long-time allies like France and Britain can create the same danger. In their memoirs, Secretary of State Hillary Clinton and Secretary of Defense Robert M. Gates reveal (at times perhaps unintentionally) how those nations prodded the reluctant Obama administration into taking such a fateful step in Libya. Clinton herself was favorable to “humanitarian” military missions, while Gates was openly hostile, yet their accounts track closely, confirming how much of an impact allied lobbying had on American decision-making.

As rebellions against authoritarian regimes erupted throughout the Greater Middle East in late 2010 and early 2011 (the so-called Arab Spring), the United States and its European allies pondered how to respond. Libyan dictator Moammar Gaddafi was the target of one uprising.

At first, even Clinton seemed wary of U.S. involvement in any military action to unseat Gaddafi. “When I met with French President Nicolas Sarkozy, he urged the United States to support international military intervention to stop Qaddafi’s advance toward the rebel stronghold of Benghazi in eastern Libya,” she recalled. “I was sympathetic but not convinced.” Clinton noted, “The United States had spent the previous decade bogged down in long and difficult wars in Iraq and Afghanistan.”

In testimony before Congress, Clinton not only stressed the need for “international authorization” before Washington embarked on such a venture, she cited a key reason for her wariness: “Too often, other countries were quick to demand action but then looked to America to shoulder all the burdens and take all the risks.” Her comment was an unsubtle swipe at NATO’s European members.

Members of the Arab League, who had long loathed the volatile Gaddafi, were also pressing for international intervention. The League included such close U.S. security partners as Saudi Arabia, Qatar, and the United Arab Emirates. But Clinton noted that at a meeting of the G-8 economic powers, “the Europeans were even more gung ho. I got an earful about military intervention from Sarkozy.”

Similar pro-intervention lobbying from Britain impressed her even more. “When I saw British Foreign Secretary William Hague at dinner that night, he pressed the case for action.” And if Hague thought war in Libya was necessary, “that counted for a lot.” In Clinton’s opinion, Hague was a prudent pragmatist, not an impulsive crusader or inclined to engage in international grandstanding.

Gates also emphasized the impact our allies had. Arab League lobbying “and strong British and French pressure for NATO to act, I think, together persuaded the president that the United States would need to take the lead” in organizing “a military campaign to stop Qaddafi.”

Following the March G-8 summit, Clinton reported to President Barack Obama that “our NATO allies are prepared to take the lead in any military action.” That approach corresponded perfectly to the White House’s preferences. Clinton stressed that Obama “wanted to keep U.S. involvement limited, so our allies would have to shoulder much of the burden and fly most of the sorties” that would be necessary to enforce a no-fly zone and eliminate Gaddafi’s air defenses.

Still, there was a wide range of views among NATO’s European members about how to proceed. France was so eager for war that Sarkozy ordered planes into action hours before the agreed upon time to launch the first airstrikes against Gaddafi’s forces. Turkey, on the other hand, agreed to the military option only with great reluctance, and as Gates confirmed, NATO’s most important European member, Germany, was scarcely more enthusiastic. “Because we had the most capabilities,” Clinton noted, “the United States started out in the lead coordinating role. The next logical step was to have NATO organize the intervention.”

The initial military phase was overwhelmingly a U.S. operation. Navy warships in the Mediterranean launched more than 100 cruise missiles at targets in Libya. And for all the official emphasis on implementing a no-fly zone, many of those missiles were directed at Libyan ground forces advancing on rebel positions. That became known as enforcing a “no-drive zone.”

NATO’s regime change motive, though little acknowledged, was also a major factor. Indeed, Sarkozy was willing to acquiesce to Washington’s demand that NATO take over enforcing the no-fly zone only if France, Britain, and other willing members were allowed to aggressively pursue no-drive zone operations on their own. After additional intense U.S. diplomatic efforts on that and other issues, NATO assumed formal command of the Libya military intervention, known now as Operation Unified Protector.

Even though NATO was officially in charge, the operation remained predominantly a U.S. mission. The regime change ambitions of France, Britain, and the other European members clearly exceeded their capabilities. Gates stressed the imbalance:

ALL TWENTY-EIGHT NATO ALLIES VOTED TO SUPPORT THE MILITARY MISSION IN LIBYA, BUT JUST HALF PROVIDED SOME KIND OF CONTRIBUTION, AND ONLY EIGHT ACTUALLY PROVIDED AIRCRAFT FOR THE STRIKE MISSION. THE UNITED STATES HAD TO PROVIDE THE LION’S SHARE OF THE RECONNAISSANCE CAPABILITY AND MOST OF THE MID-AIR REFUELING OF PLANES; JUST THREE MONTHS INTO THE CAMPAIGN WE HAD TO RESUPPLY EVEN OUR STRONGEST ALLIES WITH PRECISION-GUIDED BOMBS AND MISSILES—THEY HAD EXHAUSTED THEIR MEAGER SUPPLY. TOWARD THE FINAL STAGES, WE HAD TO REENTER THE FRAY WITH OUR OWN FIGHTERS AND DRONES.

It is uncertain whether the United States would have launched the war in Libya without the lobbying of its European allies. There were certainly influential American advocates of a “humanitarian” military intervention, including within the inner circle of the Obama administration. Gates cited Clinton, UN Ambassador Susan Rice, and senior National Security Council staffers Samantha Power and Ben Rhodes as especially vocal proponents. But the administration was sharply divided, with Vice President Joe Biden, the chairman of the Joint Chiefs of Staff, and other officials sharing Gates’s reluctance. The president himself seemed especially torn. According to Gates, Obama later said that it was a very close call—a “51-49” in favor of intervention.

If the administration’s ambivalence was that great, pro-war input from allies may well have been the decisive factor. Without their weight on the decision-making scales, the Obama administration likely would have refrained from intervening in Libya, and given the disastrous outcome of that venture, such restraint would have been wise. The Libya episode illustrates how Washington’s NATO connections can—and, in this case, did—entangle the United States in an ill-advised regime-change war. Unfortunately, there are no signs that NATO enthusiasts in America have learned any meaningful lessons. 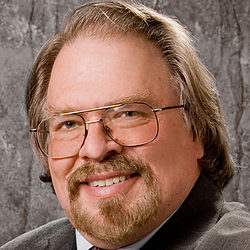 Ted Galen Carpenter, a senior fellow in security studies at the Cato Institute and a contributing editor at The American Conservative, is the author of 12 books and more than 750 articles on international affairs. His latest book is Gullible Superpower: U.S. Support for Bogus Foreign Democratic Movements (2019).
Source: Cato
Do you like this post?
Sign in if you'd like new recruits to be credited to you.
Share
Tweet
Share
Email