Scientists have confirmed the age of a tomb thought to be the resting place of Jesus Christ.

The burial site, a limestone cave enshrined at the Church of the Holy Sepulchre in Jerusalem, was opened in October 2017. And, according to National Geographic, new tests show it was constructed in the time of Constantine, around 345 AD.

That ties in with historical accounts saying the tomb was discovered by Romans and enshrined back in 326 AD.

Previous architectural estimates had put the tomb at no older than 1,000 years.A delegation from Rome first identified the site as Christ’s tomb 17 centuries ago.But the building has been subjected to centuries of attacks, fire and earthquakes, leaving it completely destroyed in 1009 AD.It was later rebuilt but the troubled history left experts baffled over whether it really contained the tomb of Christ.Now the new tests appear to satisfy some of their concerns, putting it around 700 years older than previouly thought.It chimes with claims Emperor Constantine ordered renovations to the tomb site back in the fourth century.

Archaeologist Martin Biddle told National Geographic: “Obviously that date is spot-on for whatever Constantine did. 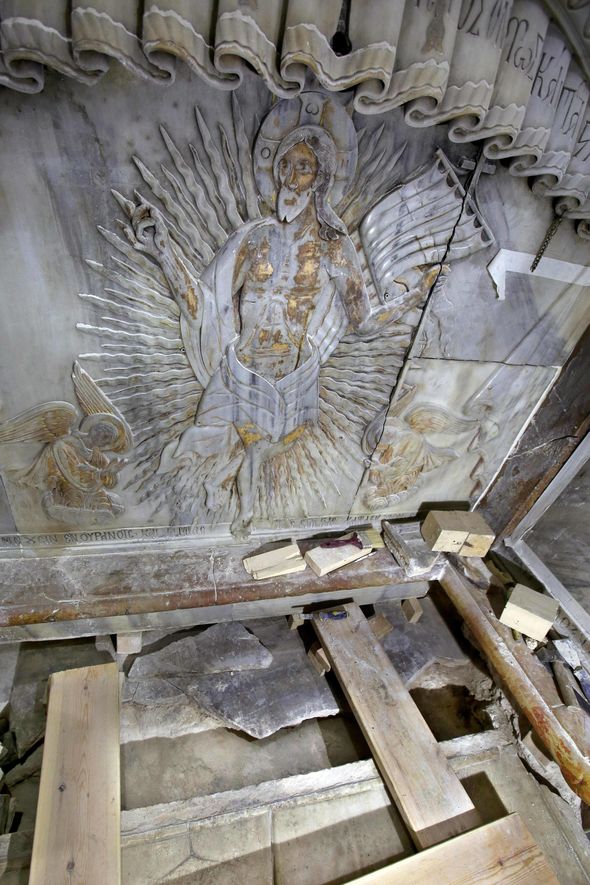 Scientists sampled mortar from the original limestone service alongside a marble slab to carry out their groundbreaking tests.

According to the New Testament, Jesus would have been laid to rest at the tomb in around 30 AD.

The tomb has become a major pilgrimage site and is visited by millions of Christians every year.

Earlier this year, the building was reopened after being restores to its former glory.

It had been left discoloured by soot due to centuries of candle smoke and pilgrim visits.