The Polish Priory of the Knights Templar International has now been properly inaugurated! The solemn and ancient ceremony was held in an historic medieval church, which saw two dozen new Sir Knights sworn in and the Polish Priory presented with its banner and ceremonial sword. 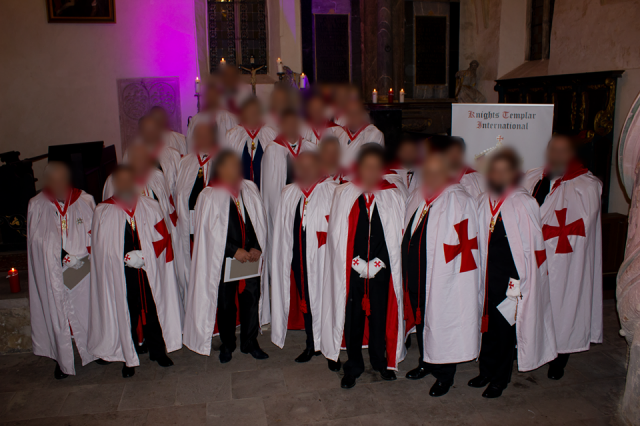 We are delighted to bring you the very first photos of this splendid event, which was attended and enjoyed not only by by brethren from Poland and from the mother priory of Rosslyn, but also by successful candidates from as far afield as the United States and even Australia!

Our special thanks are due to our good brothers from Warsaw,  Wroclaw and Berlin for their extremely efficient organising of the event and for their most generous hospitality towards their guests, who greatly enjoyed the celebration banquet (photo below) of an awe-inspiring range of traditional Polish cuisine. And also to the priest who provided such a wonderful, historic venue for the ceremony. 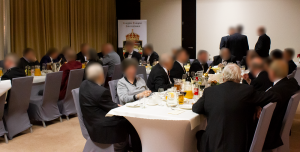 The whole weekend was as successful as it was enjoyable. The Polish Priory has already begun holding a series of conferences on important issues facing Poland in order to advance the work of bringing our uniquely informed on current events and future trends to an ever-widening circle of influential figures in Polish society.

Through this work, enough candidates for another initiation ceremony in Poland later this year have – subject to their meeting the criteria – already been recruited. The Templars are moving ahead in Poland! Deus Vult!