A lone wolf Jihadi set a truck on fire and stabbed three people before he was shot and killed by police in a "lone wolf" Islamic terror attack. The terrorist and two stab victims have been confirmed dead.

Footage of the incident shows the Somali-born terrorist running and slashing with a knife towards the police officers in central Melbourne, Australia, as the vehicle burns on a pavement nearby.

One pedestrian with a shopping trolley and a chair joined the police officers in trying to keep the attacker at bay until he is shot by police.

Witnesses on the scene said the attacker tossed "something like a bomb" into the burning vehicle before attacking passers-by. 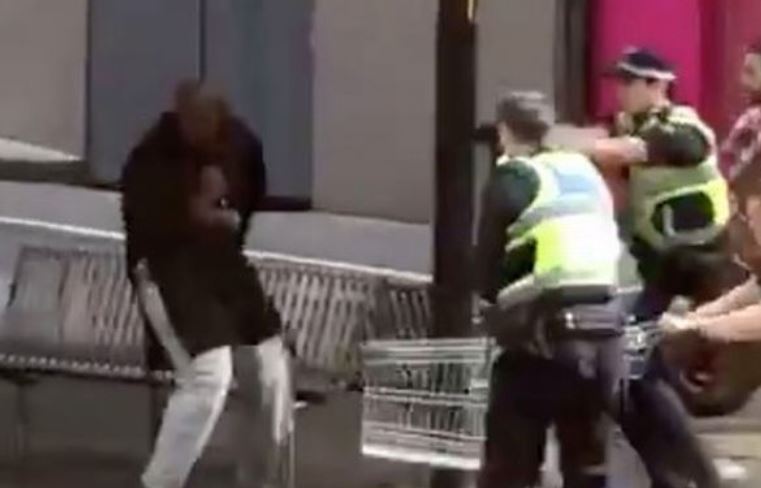 Another eyewitness told News 24: "There was this guy and there was a lot of people over there... he had a knife in his hand and he was trying to stab.

According to Victoria Police commissioner Graham Ashton, the Somali man moved to Australia in the 90's and had a record criminal record including 'cannabis use, theft and driving offences'.

The public are urged to avoid the area as it has been cordoned off as police investigate.

The attacker died in Royal Melbourne Hospital shortly after arriving. 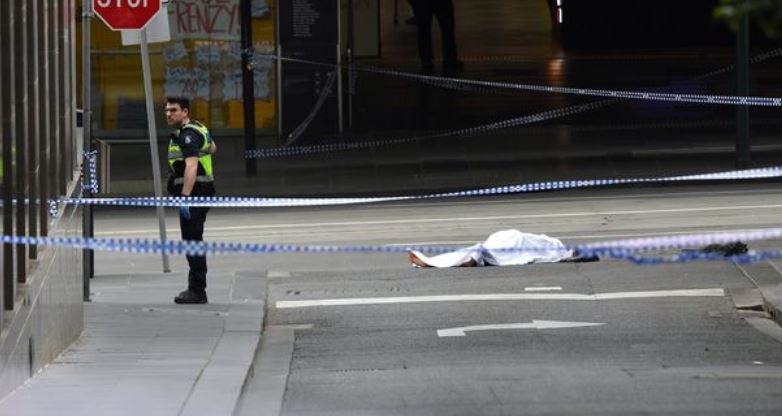