Mock the RussiaGaters, Mock Them Ruthlessly

Mock the RussiaGaters, Mock Them Ruthlessly

The Robert Mueller investigation which monopolized political discourse for two years has finally concluded, and his anxiously awaited report has been submitted to Attorney General William Barr. The results are in and the debate is over: those advancing the conspiracy theory that the Kremlin has infiltrated the highest levels of the US government were wrong, and those of us voicing skepticism of this were right.

The contents of the report are still secret, but CNN’s Justice Department reporter Laura Jarrett has told us all we need to know, tweeting,“Special Counsel Mueller is not recommending ANY further indictments am told.” On top of that, William Barr said in a letter to congressional leaders that there has been no obstruction of Mueller’s investigation by Justice Department officials.

So that’s it, then. A completely unhindered investigation has failed to convict a single American of any kind of conspiracy with the Russian government, and no further indictments are coming. The political/media class which sold rank-and-file Americans on the lie that the Mueller investigation was going to bring down this presidency were liars and frauds, and none of the goalpost-moving that I am sure is already beginning to happen will change that.

It has been obvious from the very beginning that the Maddow Muppets were being sold a lie. In 2017 I wrote an article titled “How We Can Be Certain That Mueller Won’t Prove Trump-Russia Collusion”, saying that Mueller would continue finding evidence of corruption “since corruption is to DC insiders as water is to fish”, but he will not find evidence of collusion. If you care to take a scroll through the angry comments on that article, just on Medium alone, you will see a frozen snapshot of what the expectations were from mainstream liberals at the time. They had swallowed the Russiagate narrative hook, line and sinker, and they believed that the Mueller investigation was going to vindicate them. It did not.

I’ve been saying Russiagate is bullshit from the beginning, and I’ve been called a Trump shill, a Kremlin propagandist, a Nazi and a troll every day for saying so by credulous mass media-consuming dupes who drank the Kool Aid. And I’ve only taken a fraction of the flack more high profile Russiagate skeptics like Glenn Greenwald and Michael Tracey have been getting for expressing doubt in the Gospel According to Maddow. The insane, maniacal McCarthyite feeding frenzy that these people were plunged into by nonstop mass media propaganda drowned out the important voices who tried to argue that public energy was being sucked into Russia hysteria and used to manufacture support for dangerous cold war escalations with a nuclear superpower.

Just think what we could have done with that energy over the last two years. Think how much public support could have been poured into the sweeping progressive reforms called for by the Sanders movement, for example, instead of constant demands for more sanctions and nuclear posturing against Russia. Think how much more attention could have been drawn to Trump’s actual horrific policies like his facilitation of Saudi butchery in Yemen or his regime change agendas in Iran and Venezuela, his support for ecocide and military expansionism and the barbarism of Jair Bolsonaro and Benjamin Netanyahu. Think how much more energy could have gone into beating back the Republicans in the midterms, reclaiming far more House seats and taking the Senate as well, gathering momentum for a presidential candidacy that truly threatens Trump instead of 9,000 primary candidates who will probably be selected by superdelegates after the first ballot when there’s too many of them to establish a clear majority under the new rules. 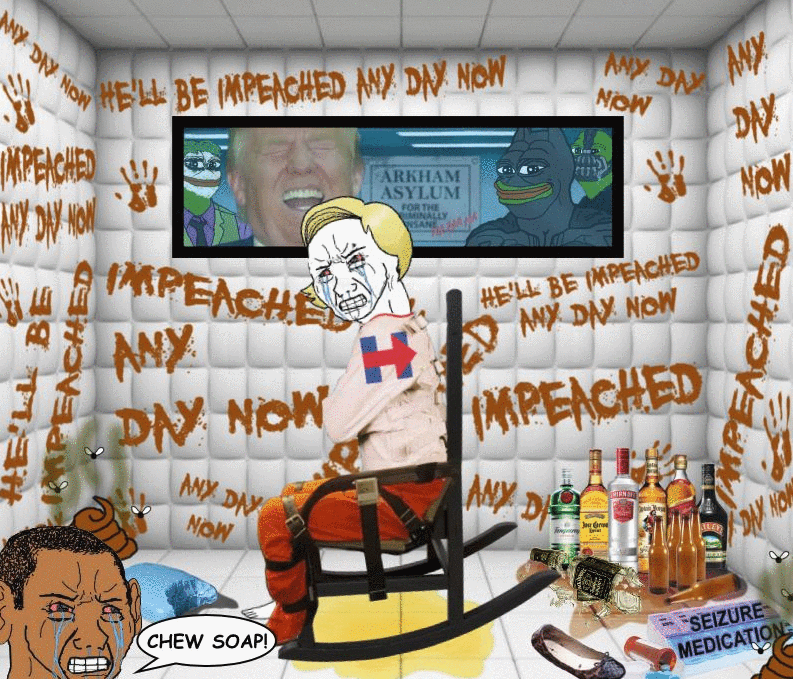 Every politician, every media figure, every Twitter pundit and everyone who swallowed this moronic load of bull spunk has officially discredited themselves for life. Going forward, authority and credibility rests solely with those who kept clear eyes and clear heads during the mass media propaganda blitzkrieg, not with those who were stupid enough to believe what they were told about the behaviors of a noncompliant government in a post-Iraq invasion world. The people who steered us into two years of Russiavape insanity are the very last people anyone should ever listen to ever again when determining the future direction of our world.