A monstrous symbol of the war on the True Faith is rising in Berlin. A hideous modernist building is being erected with 30 million euros of taxpayers' money from the federal government and the state of Berlin.

Three liberal representatives of Christianity, Judaism and Islam came together at the end of last month to betray their own traditions and lay the foundation stone for a common house of worship in the German capital. The "House of One" will be a church, synagogue and mosque in equal measure and a symbol of understanding between the three religions, the multi-religious group announced.

The appalling blasphemy is being built on a the site of an historic church wrecked by allied bombs in World War Two and then demolished completely by the Communists.

The initiators of the project are - officially at least - the Protestant pastor Gregor Hohberg, Rabbi Tovia BenChorin and Imam Kadir Sanci. The latter is part of the Gülen movement, the CIA-backed organisation behind the attempted coup in Turkey in 2016.

“We have been active in the interreligious dialogue for many years and in our daily work in the House of One Foundation we keep making our contribution to more understanding, tolerance and togetherness in our society,” said Andreas Nachama, the future rabbi of the institution. “Today Berlin is opening up once more to a special way of understanding between religions,” Sanci affirmed.

The chairman of the Evangelical Church in Germany (EKD), Heinrich Bedford-Strohm, called the project an “important sign” in view of current events. “Anti-Semitism and Islamophobia are increasing. But they are misleading because they stir up hatred and potentially lead to violence,” he told the RedaktionsNetzwerk Deutschland (RND) . 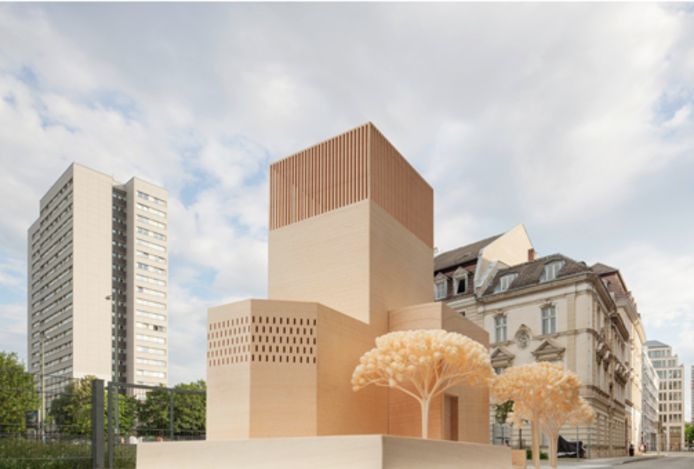 It is bad enough that the ecumenical movement is undermining the integrity and identity of the traditional Christian confessions by pushing them towards a syncretic mish-mash posing as 'Christianity'. Trying to take this one step further by presenting Christianity, Islam and Judaism as different ways of worshipping the same 'One' is, however, much, much worse. This pseudo-religious, spiritual Tower of Babel is a deliberate and arrogant slap in the face for God.

It takes the blasphemy of the new Sodom which is the 21st century West to a whole new level. This is going to end VERY badly indeed!