No Tears For Julian Assange

No Tears For Julian Assange

The dramatic arrest of ‘whistleblower’ Julian Assange has produced some sympathy for the Wikileaks boss. Not just among liberals and leftist supporters of the treacherous freak Chelsea Manning, but also among some patriots.

But any patriot, nationalist or Christian tempted to support Assange on account of the problems he has caused for various over-powerful politicians and government agencies should remember one of his early ‘scoops’ – and the human cost to thousands of decent people: 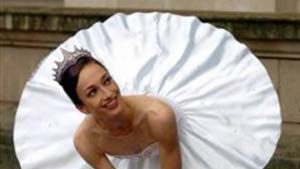 It was Wikileaks that helped a leftist/System infiltrator in the British National Party to leak the BNP’s entire membership list in 2006. The most prominent victim was Simone Clarke, a talented English ballerina and former Prima Ballerina of English National Ballet company.

After her membership of the anti-immigration party was revealed by Assange, Simone was forced out of her leading role and was never allowed to work again.

Hundreds of other BNP members exposed at the same time lost their jobs or suffered attacks on their persons, families, homes or cars at the hands of cowardly gangs of leftist thugs. The victims included pensioners, war veterans and school students.

None was guilty of anything other than loving their country and being desperately worried about the long-term impact on it of mass immigration and Islamisation. They certainly did not deserve the danger and worry to which the nasty little leftist bully Assange subjected them.

The KTI does not hold with the air of un-Biblical racism which often hung around the BNP, but neither can we feel anything other than satisfaction for the fact that Assange is now kicking his heels in a prison cell. We hope he stays there for many years!

Assange has appeared in a British court today after being hauled out of the Ecuadorian embassy in London following an extradition request by the US.

The Wikileaks founder was arrested by British police officers on behalf of the US to answer a charge of conspiracy with American whistleblower Chelsea Manning ‘to break a password to a classified government computer’ in 2010.

Assange, sporting a scruffy beard and unkempt hair, was dragged out of the embassy this morning in handcuffs by a group of seven men as his stunned supporters watched on as he screamed out ‘the UK must resist’.

The arrest comes after Ecuador dramatically withdrew Assange’s asylum status after seven years, blaming the Australian’s ‘discourteous and aggressive behaviour’ in continuing to work with Wikileaks while housed at the embassy.