When even Nancy Pelosi says it was a fine speech, you know that Donald Trump’s address at the 75th anniversary of D-Day commemoration in Normandy was one of the most powerful and well-phrased speeches by any US President in modern times!

At the Normandy American Cemetery and Memorial, Trump told the stories of American soldiers and other key figures who helped make the invasion a success on June 6, 1944.

Here are some of the key moments from Trump’s speech:

‘You are among the very greatest Americans who will ever live’ 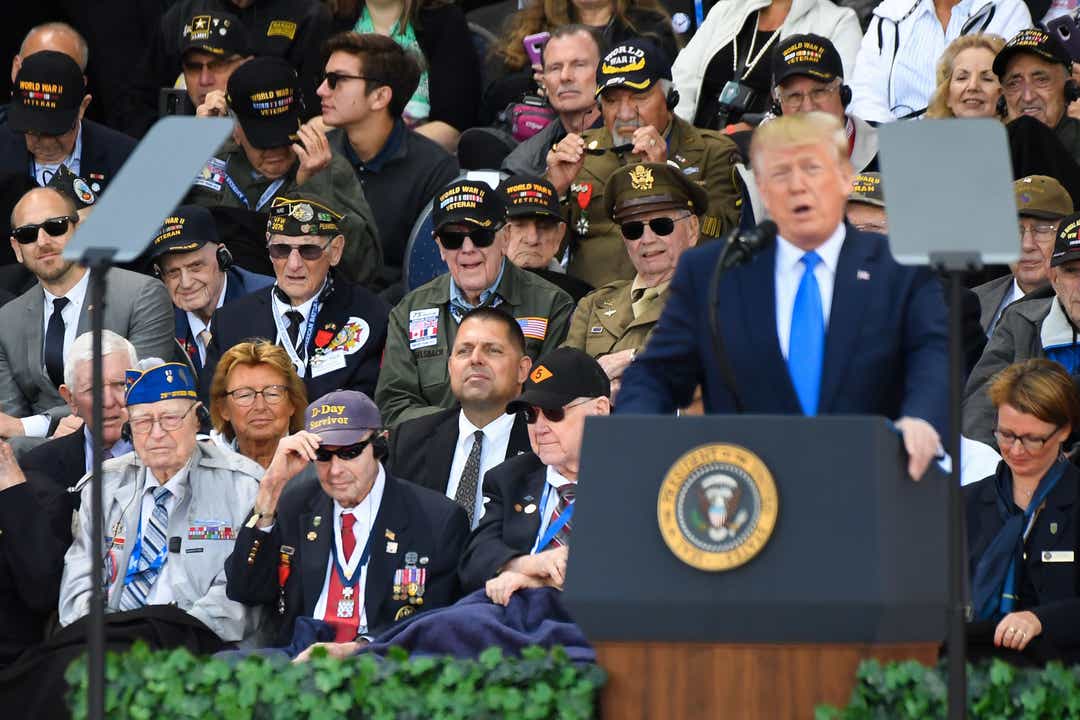 Trump thanked the 170 assembled World War II veterans in attendance at the event, including 60 who shared the stage with him and other global leaders. This year’s commemoration is expected to be one of the last to include veterans in attendance, as an 18-year-old on D-Day would be 93 today.

“You are among the very greatest Americans who will ever live,” Trump said. “You’re the pride of our nation. You are the glory of our republic. And we thank you from the bottom of our hearts.”

Despite his recent clashes with American allies, Trump referenced the contributions of the other Allied nations that took part in the invasion.

“There were the fighting Poles, the tough Norwegians, the intrepid Aussies. There were the gallant French commanders… ready to write a new chapter in the long history of French valor,” he said.

Trump told the stories of several surviving veterans in his speech, and shook the hand of Army medic Ray Lambert, who was 23 on D-Day.

“At 98 years old, Ray is here with us today, with his fourth Purple Heart and his third Silver Star from Omaha,” Trump said. “Ray, the free world salutes you.”

The president also shook Lambert’s hand. Lambert then tipped his hat to Trump.

When he described the heroic actions of Private Russell Pickett, a member of the fabled 29th Infantry Division that was among the first to land at the French beaches, he went over and gave him a hug. French President Emmanuel Macron helped Pickett, who is now 94 years old and was 19 years old on D-Day, stand up.

“Today, believe it or not, he has returned to these shores to be with his comrades. Private Pickett, you honor us all with your presence,” the president said.

“Tough guy,” Trump then joked, drawing laughter from the audience.

Trump explained that the couple’s granddaughter now works as a guide at the Normandy cemetery.