Donald Trump is listening to spectacularly bad advice from evil elements with far too much influence in the supposedly ‘conservative’ White House. The latest evidence is that fact that his own website’s online shop is advertising these homosexual rainbow MAGA hats.

This can’t be about the profits on a few $35 baseball caps. So it’s presumably about trying to court the ‘gay vote’ – which in reality is hardcore Democrat and irrevocably so. For Donald Trump to become the first Republican President to try this stunt is a HUGE kick in the teeth to his devoutly Christian real support base. 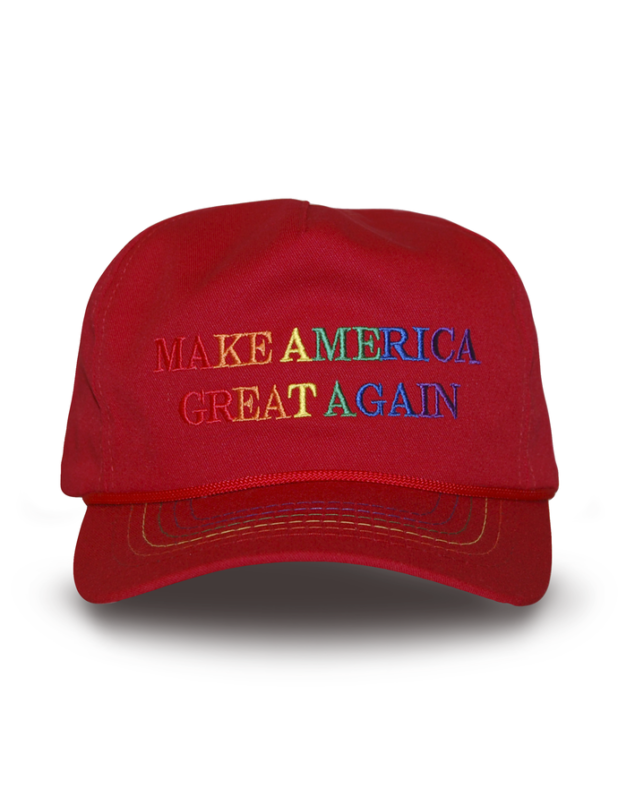 Presumably, his advisors (Kushner and Ivanka?) are telling him that his Christian voters will still vote for him in 2020 because they have nowhere else to go. That ignores the fact that they have the simple option of going nowhere – not even to the polling booths. And every stunt like this, like his recent call for mass immigration, increases the number who will do just that.

As for God Himself, He has an infinite number of options, and will not be mocked or ignored for long or without grave consequences. Mr. Trump needs to get his priorities right – starting by sacking those who gave him this spectacularly bad advice. Then apologising to his loyal supporters.

And – most importantly – using his power to support and advance Biblical truths and to resist assaults on them by the dark forces of which the LGBTQ+ lobby are just a part. Deus Vult!