For decades we have witnessed the systematic intimidation, persecution, abduction, and even execution of Christians and minorities in the Middle East, but the horrific murder of 21 Coptic Christians in Libya 4 years ago had a significant and marked effect on millions around the world; it seemed that even evil had a line it should not cross.

The Egyptians and their friend from Ghana who were brutally murdered, were not statesmen, religious leaders, activists or spokesmen; but ordinary men from Egyptian villages working to support their families.

Those who took their lives sought not only to victimise and disempower them, but to be triumphalist and instil fear in them and in the hearts and minds of all who witnessed this crime. What resulted however was a vision of honour, dignity and resilience demonstrated by these 21 men as they faced the final moments of their lives, with their heads raised, and their lips calmly, powerfully, and defiantly uttering their Faith.

They indeed did “…not fear those who kill the body but cannot kill the soul” (Matthew 10:28).

An even stronger and more inconceivable message of forgiveness came from their families and communities. They rejected the temptation to become bitter, angry and vengeful, and inspired the world with their gracious and courageous sentiment. 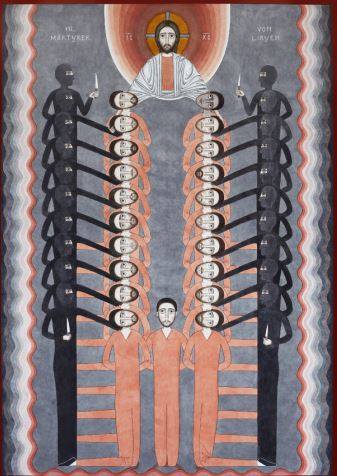 Speaking proudly of the resilience of their fathers, brothers, and sons, who had captured the attention of the whole world, they also uttered their forgiveness for those who had so brutally and needlessly taken their lives, and who sought to rob them of their dignity.