Spot The Difference – Google Vs Rollerball

Spot The Difference – Google Vs Rollerball

Any similarity between 1970s science fiction and the times in which we know live are entirely …… Entirely what?

In the 1975 science fiction film Rollerball, all human knowledge has been centtalised and put under the control of a single computer system known as Zero. When the main character, Jonathan E., seeks out information at a library about corporate decisions and the people who control society, he is informed that the information he seeks has been censored or classified. He is told that he must visit directly with Zero to get the information he wants.

When he visits Zero, he is informed that the system had been behaving erratically and that it had just deleted all information pertaining to the 13th century. And when he asks Zero about how corporate decisions are made, Zero responds by providing ambiguous answers while eventually responding to him by repeatedly saying “NEGATIVE.” 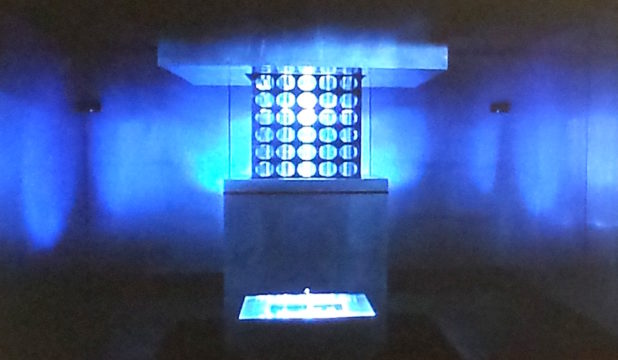 Computer Zero deleted all historical knowledge pertaining to the 13th century. Google could have the power to do similar types of things if they continue unimpeded down this path.

What is depicted in this movie is not much different than what we are seeing manifest with Google in real life. Their algorithms are burying, hiding or censoring information that is inconvenient for the ruling liberal elite establishment.

What just happened to Alex Jones and the Daily Mail are two good examples of this.

Even the thoroughly ‘respectable’ Daily Mail has seen its traffic decline by 50 percent following a recent change in Google’s search algorithm.

These are not accidents. This is being done by design.

Google’s CEO Sundar Pichai was recently interviewed by some tranny named Ina Fried from Axios. He openly admitted in the interview that Google manipulates their search algorithm to bury what he says is “borderline content” in favor of “quality content.” He also said that they would be changing YouTube’s search algorithm to do the same thing.

In other words, they are the ones acting as God and arbitrarily deciding what is “good content” versus “bad content.”

And as their search algorithms become increasingly more proficient at burying content, you can expect to get Rollerball-tier responses if you ask inconvenient questions.

Inconvenient questions such as these:

Do a certain elite group dominate the media?

Does the Koran contain passages that incite violence against Unbelievers?

Were Saudi Arabia and Israel involved in the 9/11 attacks?

Am I allowed to know who controls Google’s parent company Alphabet?

Google will only return ambiguous answers or direct you to disinformation containing official globalistnarratives and propaganda. This will be especially true if you happen to ask the wrong questions.

YouTube is already doing this to a certain extent by automatically including Wikipedia links in videos that contain inconvenient information.

This type of thing is only going to get increasingly extreme. At some point, Google will function no differently than Computer Zero in Rollerball. It will prevent people from accessing any information that is unfavorable to the ruling elite.

This type of tyrannical technological system will even have the power to erase specific historical figures and events from the knowledge of men. The fact that this is happening is utterly insane and the fact that there is no serious attempt to stop it is a sure sign of the time we are now in…..