Templars Lead from Front in Hungary

Templars Lead from Front in Hungary 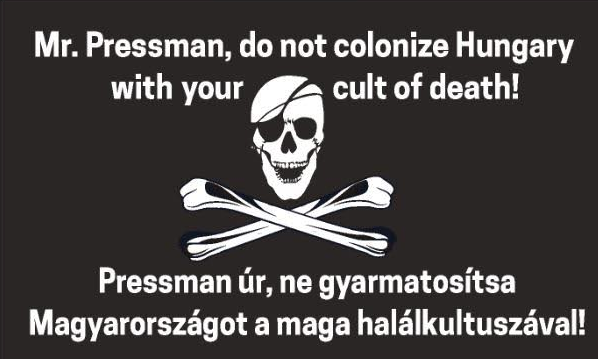 "Celebrate 'Pride' - or else!" That's the twisted message that goes out the the entire world from the Democrat regime in Washington DC. American embassies and ambassadors did everything they could to push the hijacked Rainbow and LGBTQ+ dogmas in every country stupid enough to let them.

Russia, China and many other African and Asian nations told the promoters of perversion exactly where to shove their 'Pride' agenda. Western states such as the UK, New Zealand, Canada and most of the EU eagerly went along with it. Somewhere in the middle was Hungary, where the Orban government warned the LGBTQ+ gang to keep their "hands off our children", but nonetheless permitted the American embassy to promote Pride.

When word went out that the US Ambassador to Hungary, David Pressman, would be promoting the queer agenda, Hungarian patriots and Christians organised to protest. When it became clear that the police would prevent demonstrators from getting near Pressman's event, our Carpathian Basin Grand Prior, renowned pro-Life organiser Imre Teglasy, took imaginative action to ensure that the demand for normality and family values would be seen and heard loud and clear despite the attempted lockdown.

Our Brother Imre found the sympathetic owner of an inflatable boat, prepared a bilingual banner urging the Ambassador against bring the LGBTQ "cult of death" to Hungary, and was duly able to dodge the police cordon protecting the pro-homosexual event from criticism.

The action received extensive media coverage. Congratulations to Brother Imre and his team on making this stand for decency! 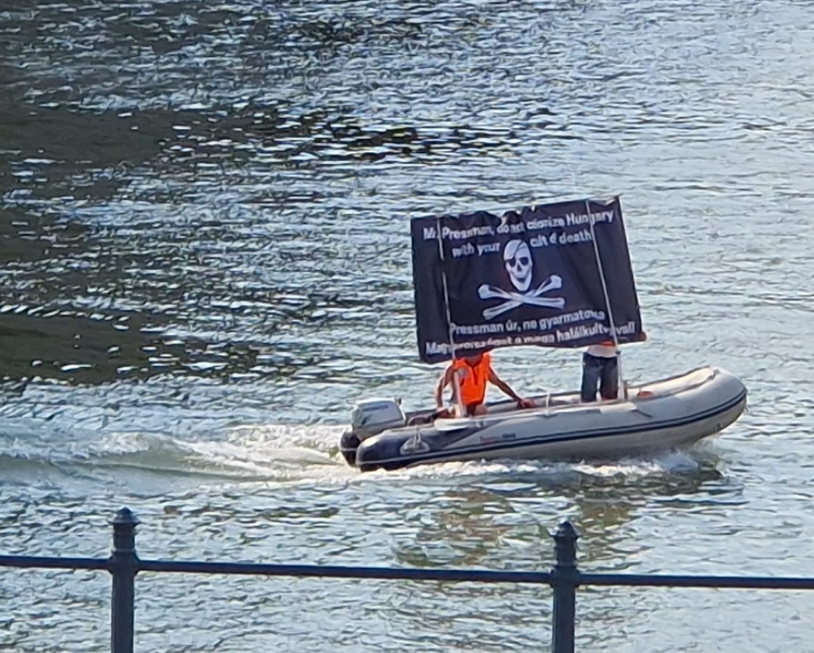