Some call it paganism, others worshipping the Earth Goddess, others still refer to Gaia, and pretend that the concept of a conscious, self-regulating Earth is somehow a ‘scientific’ concept.

The new followers of the ancient, bloodstained Neolithic pagan Earth Goddess,, in alliance with the atheists and freemasons who dominate the French ‘elite, are using the destruction of one of the prime Christian sites in the world as a chance to push their anti-human and anti-Biblical environmentalist agendas.

Top French design bureau Vincent Callebaut Architectures has gone viral with its plans to replace the roof of the medieval cathedral with a glass shell filled with solar panels, and anti-Christians everywhere are getting active on social media (despite their rabid far-left views, THEY don’t get banned , shadow-banned and deplatformed) to try to build support for this radical change.

Underneath would be a “sustainable” farm capable of producing 21 tons of fruit and vegetables each year, to be given out for free to the homeless. Not coincidentally perhaps, this is at least the third eco-garden proposal that has been made public, while the vast majority of the submitted designs for the planned reconstruction feature a glass roof. 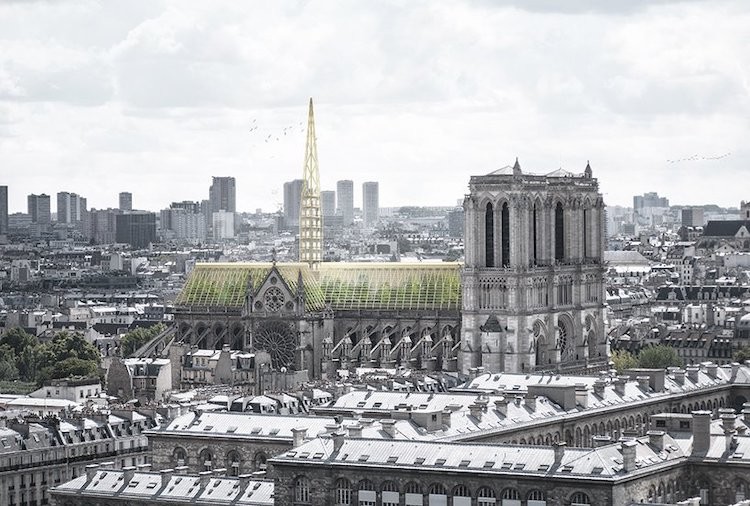 One can picture the unquestioning thought processes percolating through these architectural firms: how can we keep the idea of a church being a beneficial public space alive, while updating it to the present day? What could be more positive than green energy? Above all, how do we seize this opportunity to rip Christianity and European patriarchal heritage out of the heart of Paris and, by extension, the entire West? 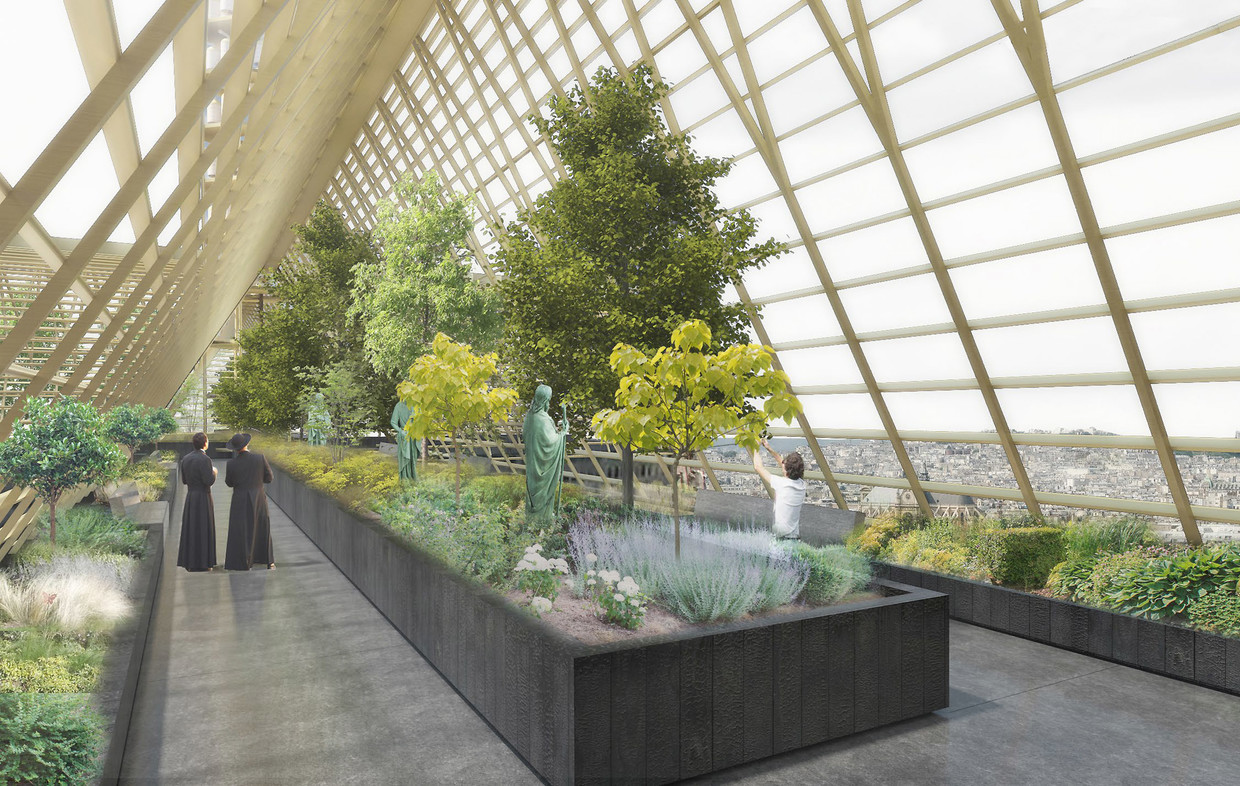 The architects might think there is something so post-modernly clever and ingeniously practical about their designs, but in fact they are just odd: if a football stadium was damaged in a fire, in a competition to restore it you wouldn’t submit a blueprint to turn it into a shopping center or a theme park just because you don’t like football. The fans still want to watch their team somewhere. 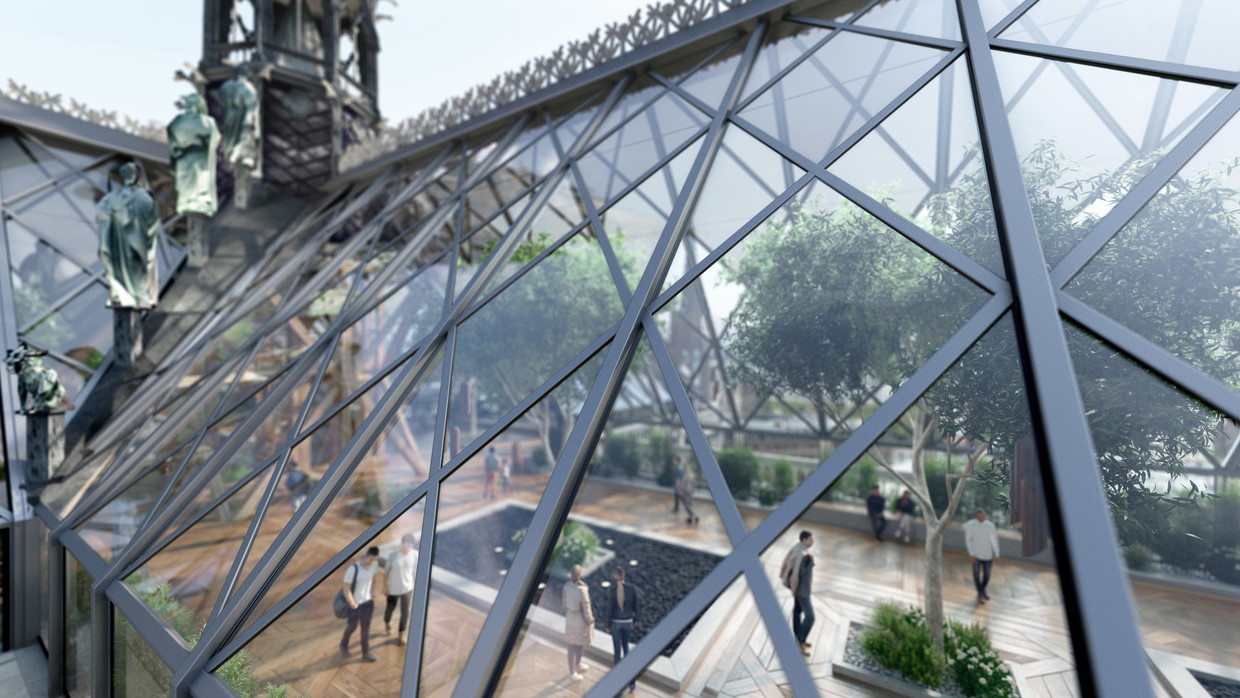 And overused as such examples are, one would imagine if Al-Haram Mosque in Mecca, or the Angkor Wat were damaged, the same firm would think twice about even publishing their unsolicited proposals for a glass box with a visitor center and viewing platform, which has happened with at least one of the designs here. Why do they hate their own cultural history that much?
Do you like this post?
Sign in if you'd like new recruits to be credited to you.
Share
Tweet
Share
Email