The Case For The Crusades

The Case For The Crusades

Rodney Stark’s “God’s Battalions: The Case for the Crusades” is a minor masterpiece. I’ve never read another book that performs this book’s very tough task this well: taking a massive amount of data, on a very complicated topic, and reducing it to a reader-friendly, briskly-paced, 248-page book that an amateur could read in a few enjoyable sittings.

To write this book, Rodney Stark had to master a library full of material: the history of medieval Europe, the history of Islam, battle strategies, technology, theology, and more. He had to winnow all that data until only the bare facts, needed by an interested amateur, remained.

Stark doesn’t just tell you the history of the Crusades in a pocket-sized form. He also tells you how this history has been twisted to suit the political crusades of polemicists who hate Western Civilization and the Catholic Church.

At every turn in his text, Stark tells the reader what really happened, and what powerful, Christophobic voices insisted happened. He cites by name historians and commentators who have distorted the history of the Crusades in order to sell a tawdry bigotry against Christians.

These commentators include Bill Clinton, who blamed 9-11 on the Crusades, pop celebrity “scholars” ex-nun and ex-priest Karen Armstrong and James Carroll, who both overtly distort history to serve nefarious ends, and Enlightenment authors like Voltaire and Diderot. Sadly, those who distort the Crusades include Protestants maligning the big, bad, Catholic Church.

The first 98 pages of Stark’s book provide the historical events that caused the Crusades. In the seventh century, Arabs burst out of their peninsula. The decaying Roman and Persian empires were no match for them. By 711, jihad had reached Spain. By 732 and the Battle of Tours-Poitiers, jihad was near Paris, France. Jihad would reach Rome, and southern Italy would be Muslim territory for two hundred years.

Egypt, Africa, the Middle East and Turkey had been Christian, Jewish, and Pagan. It took centuries for many of these places to become majority Muslim. Non-Muslims living under Muslim rulers were mistreated. Pilgrims to Jerusalem were robbed, tortured, and massacred in large numbers. Christian holy places were desecrated – Muslims defecated on altars, and splashed them with the blood of Christians.

The church of the Holy Sepulcher, where Jesus was placed after crucifixion, was completely destroyed. Its foundations were gauged down to bedrock and carted away. Such maniacal atrocities – indeed a cultural and biological genocide directed against Christians – went on for centuries. Christendom had the choice of fighting back or submitting to the sword. Christendom heeded Augustine’s teachings on just war and fought for its life.

In demonstrating the inevitability of the Crusades as a military response to jihad, Stark does nothing to whitewash every aspect of the Crusades. He exposes all the ugliness of war, on all sides.

Stark offers a much needed corrective to the invented concept of an “Islamic Golden Age” during which Islam produced great scholarship. What actually happened, Stark shows, is that advancing Arab armies co-opted the science and culture of the states they conquered. He cites many examples to support this.

Perhaps the most famous case is “Arabic” numerals, the numbers we use today. They aren’t “Arabic” at all, but products of the Hindu civilization of the Indian subcontinent, a culture all but destroyed by the Muslim Conquest.

One prototypical Muslim structure, the Dome of the Rock, was built with non-Muslim architects using Byzantine plans. Baghdad was designed by a Zoroastrian and a Jew. “‘Muslim’ or ‘Arab’ medicine was in fact Nestorian Christian medicine.” A Nestorian Christian supervised collection and translation of Ancient Greek manuscripts (60). Scribes and physicians were Christian (61). 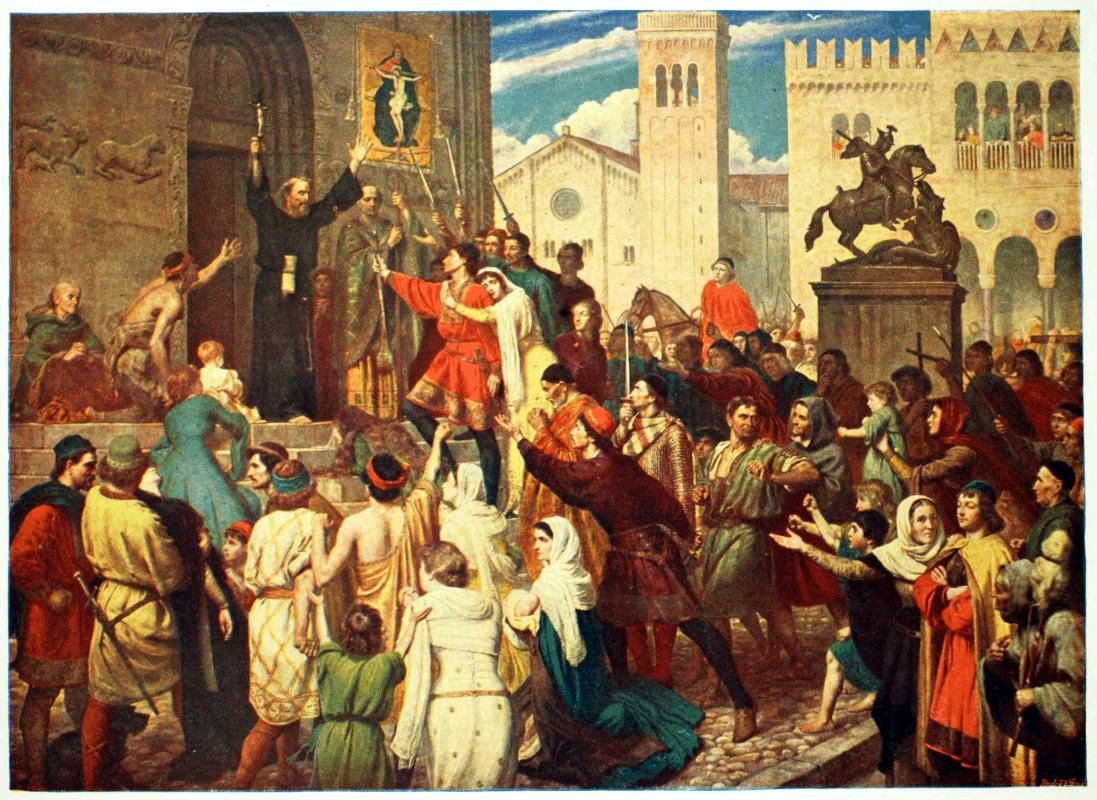 Stark argues that as Islam became the predominant system of conquered territory, innovation ceased and decline set in. Stark points out that it was a Muslim historian who accused Muslims – whether accurately or not is unknown – of destroying the legendary, ancient library at Alexandria, using its books to heat bath water. It is a historical fact that Saladin closed the Cairo library and discarded its books.

The theological attitude demanded by the Koran – this is perfect, settled truth – became the attitude Muslims adopted to the Ancient Greeks. This was the incorrect approach – the Greeks were advancing questions and inviting debate. The “settled truth, not to be questioned” approach to Greek philosophy stifled the Muslim world (62-3).

Stark describes a medieval anti-war movement that sprang up in response to the Crusades. Some debated whether or not Christians could kill. Others were simply war weary. People didn’t want to pay Crusader taxes.

One of the overwhelming senses I got from this book is that human life on earth is a giant cluster—-. Murphy’s Law and the Law of Unintended Consequences ultimately rule the day. The Crusaders went through massive amounts of wealth. They were often quite brave, Knights Templar vowing to fight to the death. Yet the Crusaders never achieved their long-term goal. Luck as much as skill or virtue seemed to be behind victories; laziness or stupidity was behind defeats. Christian v Muslim may have been the main event, but Christians betraying other Christians was a key subplot.

God’s Battalions is available on Amazon