The Intolerance Of The Tolerant

The Intolerance Of The Tolerant

Vandals have targeted a church sign in California which maintained that ‘Bruce Jenner is still a man’ and ‘homosexuality is still a sin.’

Letters were ripped from the board and its plastic covering was damaged, according to Justin Hoke, the pastor of the Trinity Bible Presbyterian Church.

Hoke posted an image on his church’s Facebook page on December 31 proudly displaying the sign to the world.

Local LGBTQPCN+ activists refused to extend to the pastor the tolerance they demand for themselves and organised a protest  “against hate and slander’ on January 6.

Just days later, their rather hysterical refusal to accept that anyone dares to object to their habits led to a night-time sneak attack on the sign. Pastor Hoke believes they are responsible for damage to the sign and wrote on Thursday: ‘I woke this morning to find that our sign had been vandalized. 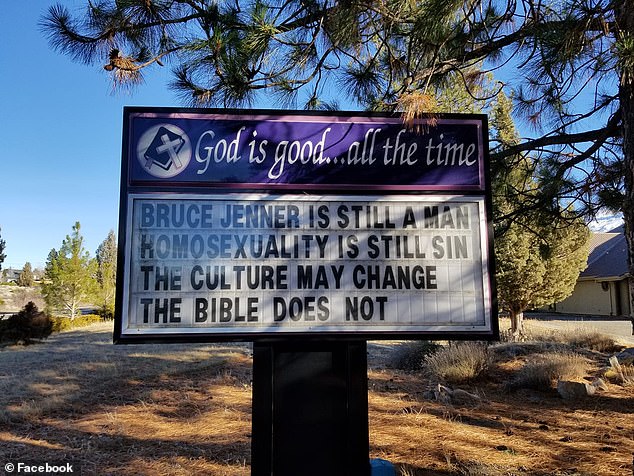 Of course, the Pastor and his sign are absolutely right. But being right isn’t going to help Bible-true Christians in the dark times ahead. Being right and true to the Bible is once again going to lead to persecution.

They may start by smashing signs, but they will end by killing Christians. Which will, of course, produce more Christians, and they and God will one day end this madness. But first, we must live and keep faith through the darkness to come….