The Truth about Pre-Islamic Spain

The Truth about Pre-Islamic Spain

Few are aware that Visigothic Spain, the era which came before the Arabic conquest, was marked by a thriving intellectual and literary tradition fostered by the Christian Church and the monasteries.

“The first Muslims to enter Spain, however, were rude barbarians from the deserts of Arabia and the mountains of Morocco whose contact with Greco-Roman civilization was still minimal. During the first century and a half of their domination in al-Andalus, civil wars and rebellions, the illiteracy of the masses, and the stringent thought-control of the Malachite jurists did not provide a suitable environment for the flowering of literature and learning.” -Joseph F. O’Callaghan, A History of Medieval Spain. Cornell University, 1975. 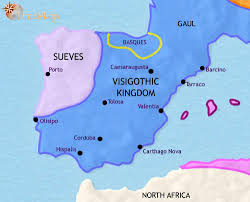 p. 158. “Within twenty years of Julian’s death the Muslim conquest destroyed the Visigothic kingdom and interrupted the scholarly tradition to which St Isidore had given such impetus. In the long, bleak centuries ahead, however, the Christian people still drew inspiration from that group of scholars whose work had enlightened the Visigothic age.” -Joseph F. O’Callaghan – A History of Medieval Spain. Cornell University, 1975. p. 88.