European-Americans are getting tired of being the victims of racist discrimination. It was bad when the victims were black, and it’sjust as bad now thar the victims are white.

Three white female executives in the New York Education Department were demoted in favor of less-qualified people of color, a $90million suit launched by the women claims.

The longtime officials say they were unfairly targeted as part of the department’s crusade against ‘toxic whiteness’ through its controversial racial equity plan. 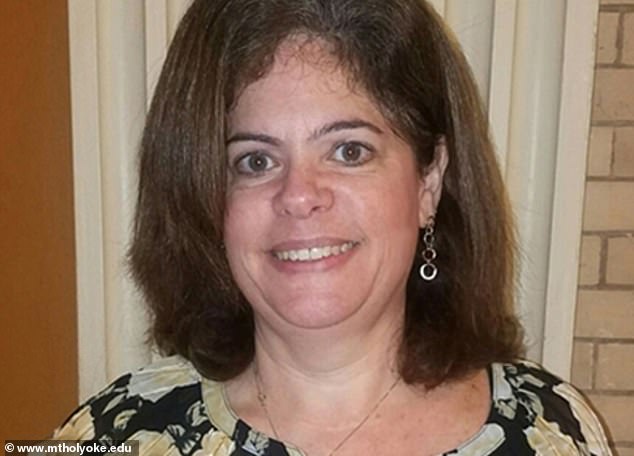 Lois Herrera started at the DOE in 1986 as a guidance counselor and worked her way up to lead its Office of Safety and Youth Development.

In the suit filed Tuesday, she claims she saw the culture shift when Mayor Bill de Blasio appointed Richard Carranza as the chancellor of NYC‘s public schools in April 2018.

By June the Harvard graduate – who was recognized in 2017 for contributing to the ‘safest year on record’ in city schools – was abruptly removed from her position and demoted three levels.

The experienced official was replaced by Mark Rampersant, an African American man who was ‘demonstrably less qualified,’ according to the suit.

Rampersant was reportedly ushered in without so much as a formal search or interview process.

Herrera claims she was left embarrassed and ‘forced’ to attend Rampersant’s promotion ceremony.

Her belongings were reportedly stuffed into boxes and stashed under a stairwell before she was transferred to an office in the Bronx.

Herrera was never given any reasoning for her demotion but claims she was told, ‘If you’ve been with the DOE for more than 20 years, you are responsible for the problem,’ by LaShawn Robinson, the then executive director of the DOE’s Office of Equity and Access.

Robinson, who is black, reportedly told white attendees at a training seminar they ‘had to take a step back and yield to colleagues of color’ and ‘recognize that values of white culture are supremacist’.

When Herrera was replaced by Rampersant, another plaintiff Jaye Murray was told that she would now report to him.

The move was seen as a demotion for Murray, who was the executive director of the Office of Counseling Support Programs and had been with the DOE since 2006.

A third woman, Laura Feijoo, claims Carranza went out of his way to promote a black woman who was far less qualified over her.

When Carranza was appointing his first deputy chancellor, he tapped Cheryl Waston-Harris without interviewing Feijoo, who was her boss.

Feijoo was in charge of supervising all 46 of the DOE superintendents, whereas Watson-Harris didn’t have the necessary license to be first deputy chancellor.

Carranza went out of his way to create a ‘transition period’ so the under-qualified worker could obtain it, the filing says.

Feijoo was then demoted further when nine employees were promoted into a new role of ‘executive superintendent’.

None of the new executive superintendents were white, and all were now above Feijoo.