Dramatic images of wildfires along the western seaboard of the USA are among the most frequently used 'evidence' of the catastrophic impact of man-made global warming. But a bizarre court case has just provided the latest example of the fact that many of these 'global warming disasters' are in fact simply examples of criminal arson.

The report below, from the New York Post, carefully avoids exploring the strong possibility that the perpetrator is not merely clinically insane and a drug abuser. but - as an environmental graduate - is also obsessed with 'man-made climate change'. In which case, it is surely a logical conclusion that her real motive for setting fire to whole tracts of forestry was not some unbelievable plan to boil bear's urine, but to provide extra propaganda fuel for the media firestorm about 'global warming' and thereby help 'save the planet'.

Read the report and judge for yourself:

A California “shaman” charged with starting a wildfire that is threatening thousands of homes claimed it started by accident — while she was boiling bear urine to drink, according to local reports.

Alexandra Souverneva, 30, faces up to nine years in prison for allegedly sparking the Fawn Fire, which has destroyed 41 homes and 90 smaller structures and is threatening 2,340 others, officials have said. She has pleaded not guilty.

She is now being eyed for possibly starting other fires across the Golden State, according to the Redding Record-Searchlight. 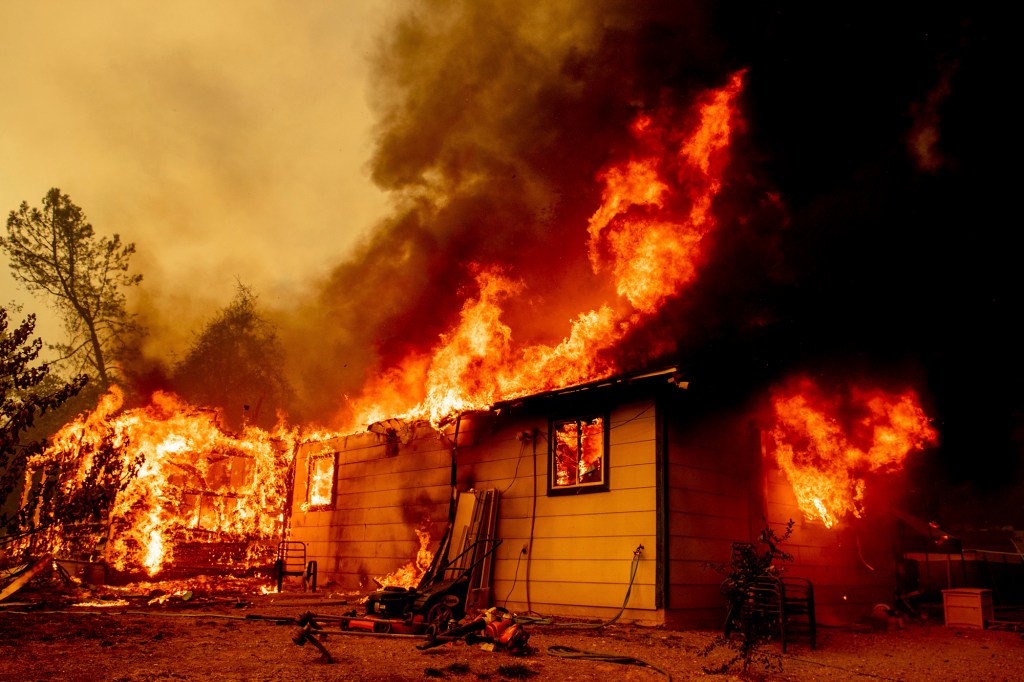 As the fire in Shasta County raged on Wednesday, Souverneva claimed she’d been hiking and trying to get to Canada, according to documents obtained by the outlet.

She told forest officials that she was thirsty and had come across a puddle of what she believed to be bear urine — and tried to make a fire to boil it, according to documents obtained by the outlet.

Workers at a nearby quarry reported seeing a woman toss two small CO2 cartridges that matched the ones found in her bag on the same day the Fawn Fire ignited, Alexander said in court documents.

On her LinkedIn, Souverneva lists “shaman” as her current occupation and indicates that she was a doctoral student at SUNY’s New York College of Environmental Sciences and Forestry.

An attorney for Souverneva told her initial court hearing that she’d made statements to law enforcement that indicated a possible mental health crisis “or something to do with drug abuse.”

“She is also under suspicion for starting other fires,” said the attorney, who was not identified by the paper.

Alexander said in a report that “there is a high possibility she is responsible” for a fire the previous evening, too.

“It is my experience that arsonists … will light multiple fires in a short timeframe,” Alexander said, according to the paper.

At a press conference, Shasta County District Attorney Stephanie Bridgett said Souverneva had contact with law enforcement in connection to arson “in our county and other counties as well” but did not elaborate.

Shasta County Sheriff Michael L. Johnson broke news of the arrest to angry residents who’d been displaced or had their homes destroyed, the Mercury News said.

“It is difficult to grasp when disaster like this is, apparently, not a natural disaster. But we have a suspect,” Johnson told them.