HOW ARE THE KNIGHTS TEMPLAR ORDER DIFFERENT FROM THE OTHER ‘TEMPLAR’ BODIES OUT THERE?

This a very important question. There are literally hundreds of groups using the Templars name. Most of them as merely Facebook pages or websites run by lone individuals. These range from sincere and well-meaning historical enthusiasts through oddballs and on to outright con-men.

In several Catholic countries, particularly Spain and Italy, there are a number of minor Templar fraternities, religiously- and historically-oriented social groups who meet from time to break bread together, perhaps doing some local charity work but with no wider remit.

At an international level, there are four main groupings: 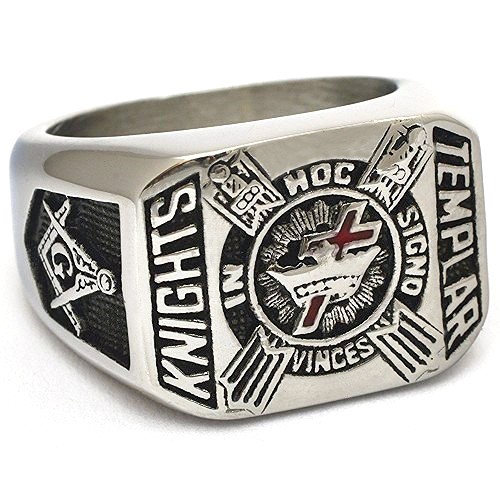 Unlike the initial degrees conferred in a Masonic Lodge, which only require a belief in a Supreme Being regardless of religious affiliation, the Knights Templar is one of several additional Masonic Orders in which membership is open only to Freemasons who profess a belief in the Christian religion.

The full title of this masonic version is The United Religious, Military and Masonic Orders of the Temple and of St John of Jerusalem, Palestine, Rhodes and Malta.

Certainly the Knights Templar Order and – to be best of our knowledge – the other non-masonic Templars we will examine in a moment, have absolutely NO connections to, or affinity with, this masonic United Order. 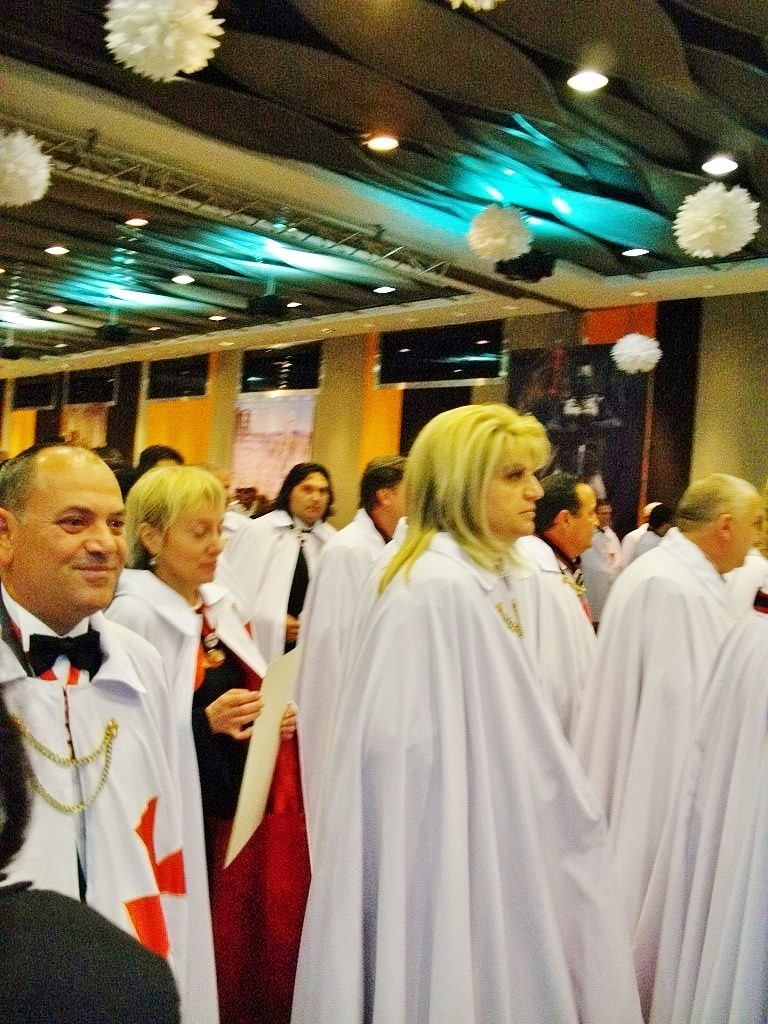 Next there is the Ordo Supremus Militaris Templi Hierosolymitani, Latin for “The Sovereign Military Order of the Temple of Jerusalem”, and often shortened to the initials OSMTH. This Templar Order numbers some 3,500 – 5,000 members, all of whom pay very substantial dues along with a hefty ‘Knighting’ fee. Each chapter also pays a substantial ‘franchise type’ fee to the HQ to operate in their respective locations in the world.

The OSMTH does some very worthy charity work and is quite open about its rather liberal position, which it summed up in its Brussels Declaration of 2007:

OSMTH – Knights Templars look for a world in which:

A CONSTRUCTIVE DIALOGUE BETWEEN THE GREAT RELIGIOUS FAITHS, AND THE INDIVIDUALS AND NATIONS

THAT ADHERE TO THEM, IS CONDUCTED IN AN ATMOSPHERE OF MUTUAL RESPECT, UNDERSTANDING AND

KNIGHTS TEMPLAR MIGHT HAVE BECOME, IF THEIR HISTORICAL DEVELOPMENT HAD NOT BEEN BROKEN.

LIKE OTHER ORDERS OF MILITARY AND MONASTIC ORIGINS, WHOSE TRADITIONS STEM FROM JERUSALEM IN THE MIDDLE AGES, OUR MEMBERSHIP HAS LONG AGO PUT ASIDE SWORDS FOR PURELY CEREMONIAL USE AND TURNED ITS ATTENTION, AS A CIVIL SOCIETY ORGANISATION, TO CHARITABLE, CULTURAL, HUMANITARIAN AND RECONCILIATION ENDEAVOURS

OUR MEMBERS HAVE A DUTY TO PROMOTE THE CAUSES OF PEACE AND HUMAN DIGNITY; AND OUR WORK IN HUMANITARIAN AID IS UNDERTAKEN FOR THE BENEFIT OF THE DIVERSE STRANDS OF ALL HUMANITY.

OUR MODERN ORDER PARTICULARLY SEEKS TO PROMOTE DIALOGUE AMONGST, AND BETWEEN, THE ABRAHAMIC FAITHS AND THE OTHER GREAT RELIGIONS OF THE WORLD WITH A VIEW TO ESTABLISHING BETTER UNDERSTANDING AND GREATER TOLERANCE;

ƒ Strangely, for a Christian organisation, the OSMTH write proudly of their work with the completely unchristian, embryonic socialist One World Government of the United Nations. It is registered with the UN as a recognised Non-Governmental Organisation.

There also appears to be something of a disconnect between some of the rather liberal, internationalist rhetoric that comes from the OSMTH’s Geneva-based Headquarters and the more recent Priories of Bulgaria and other eastern European nations, which have recently issued statements calling for a solution to the ‘Europe wide migration problem’

The UN-linked leadership of OSMTH includes among its core aims:

– Human Rights and the respect for Human Diversity; and

In describing their position, they write that:

“Many people view Templars in the historical context as ‘crusading defenders of the faith’, but the age of the fundamentalist sword wielding knight has long gone.…. OSMTH remains a “defender of the faith”, but not as a combative body, rather as Christian Humanitarians, Educators and Diplomats.” 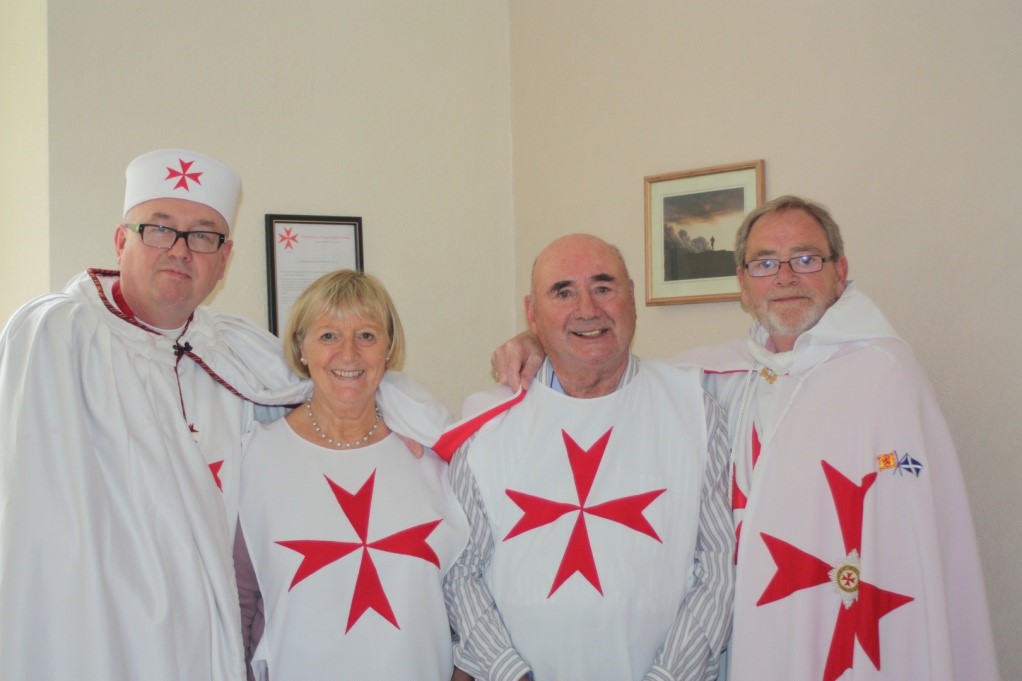 Again, this Templar Order numbers some 3 to 5,000 members, all of whom pay very substantial dues along with a hefty ‘Knighting’ fee. Each chapter also pays a substantial ‘franchise type’ fee to the HQ to operate in their respective locations in the world.

The two organisations split over the question of the succession of Grand Masters, but both share a pacifist position, as the OSMTJ uses language similar to its rival’s Brussels Declaration when it says it exists to:

PERPETUATE THE TRADITIONS OF THE KNIGHTS TEMPLAR BY DEFENDING CHRISTENDOM THROUGH NON-VIOLENT MEANS.

PROMOTE, THROUGH THE VALUES OF FRIENDSHIP, LOYALTY AND RESPECT, FEELINGS OF UNIVERSAL BROTHERHOOD AND IDEALS OF SOLIDARITY BETWEEN ALL PEOPLE.

The websites and internal newsletters of these two pacifist rivals seem to spend more time sniping at each other with tales of drunkenness, fraud and lechery than on anything constructive.

This is a shame as both clearly contain many very decent and sincere rank-and-file Templars who, in addition to paying their dues and their national Preceptory licencing or franchise fees, raise significant sums for charity work, most of it for the assistance of Christians in need.

Finally, of course, there is our Order, the Knights Templar Order. Younger than the other two and with a similar if not slightly smaller membership at present. However we are growing much more quickly than ANY other order in the world, thanks to our relentless activity, bravery of our men and women volunteers and our ability to get things done.

We have in particular prioritised outreach work on the Internet, because we believe that the eternal message of the original Poor Knights has very special resonance and value at this moment in history, and we are determined to propagate that message, because the time to do so is very short.

While we share the other Orders’ enthusiasm for charitable purposes, we most definitely part company with them over their tendencies to petty quarrels and infighting and, above all, their pacifism and their apparent obsession with the rhetoric of liberal inclusiveness and the ‘tolerance’ which – to us and, we believe, the original Templar’s, is a polite way of saying ‘surrender’ and ‘appeasement’.

We take particular exception to the claim that “the age of the fundamentalist sword wielding knight has long gone”, when we look around the world and see Christians being marginalised and isolated by atheists and spiteful ‘minorities’, persecuted by the liberal-left Establishments of the West and slaughtered by militant Islamists in the Middle East and neo-Nazi thugs in eastern Ukraine.

Our ancient Order did not come into being to beg the religious terrorists of the time to stop oppressing, enslaving and murdering Christian pilgrims and communities! The first Templar’s came together to wield their swords in defence of innocent but endangered Christians, and that sword age has returned. It is the time for debating societies and pacifism that is over: If you attack our faith or our people we will oppose you with extreme prejudice…Period! 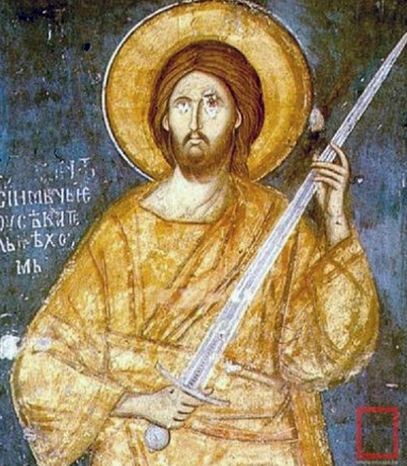 “He that hath no sword, let him sell his garment, and buy one.”

To us in the Knights Templar, it is clear that, faced with the resurgence of fundamentalist Islam, there has never been a more urgent need for a militant Order that is ready, willing and able to confront these various anti-Christian forces – in the realms of ideas, organisation and spiritual preparation for the just wielding of physical force.

That is not to say that we are bloodthirsty fanatics with an unreasoning hatred of all Muslims. We remember well that our medieval forebears did indeed enter into mutually respectful and constructive dialogue with principled and chivalrous opponents such as Saladin – from a position of ready strength.

Remember, the terrorist Muslims come from only one (unfortunately very powerful and well-funded) sect of their religion. Many others fight by our side against the Wahhabi fanatics. PLEASE UNDERSTAND THIS.

Particularly through our diplomatic work in Syria, we have developed close relationships with the indigenous Christians of the Holy Land and through them with many truly moderate Muslims, of both Shia and Sunni persuasions.

Rather than viewing them all as enemies, we therefore seek to undermine the simplistic arguments of corporate and vested interest warmongers, who would have us all at each other’s throats in a ‘Clash of Civilisations’ which is also the ultimate goal of the Jihadis.

Wahhabi Islam is not a civilisation but an ideology of political violence, which has only become the threat it is today thanks to cynical attempts to manipulate terror by various powerful people who should have known better.

Now the monster of Apocalyptic Jihad has been unleashed, it can only be defeated by superior ideas and by force of arms, and in both cases the main role must be played by other Arab Muslims. As Western Christians we therefore believe we have a duty to argue the case for Western cooperation with secular, moderate governments in Syria and elsewhere in the Middle East, while at the same time preparing for the inevitable Islamist assault on Christendom itself.

Likewise, we go beyond the other Orders’ worthy call for closer relations between Western Christian denominations and Orthodoxy, to argue and work for an end to the anti-Christian and deeply dangerous warmongering against re-Christianised Russia, which is all too common in these troubled and dangerous times. 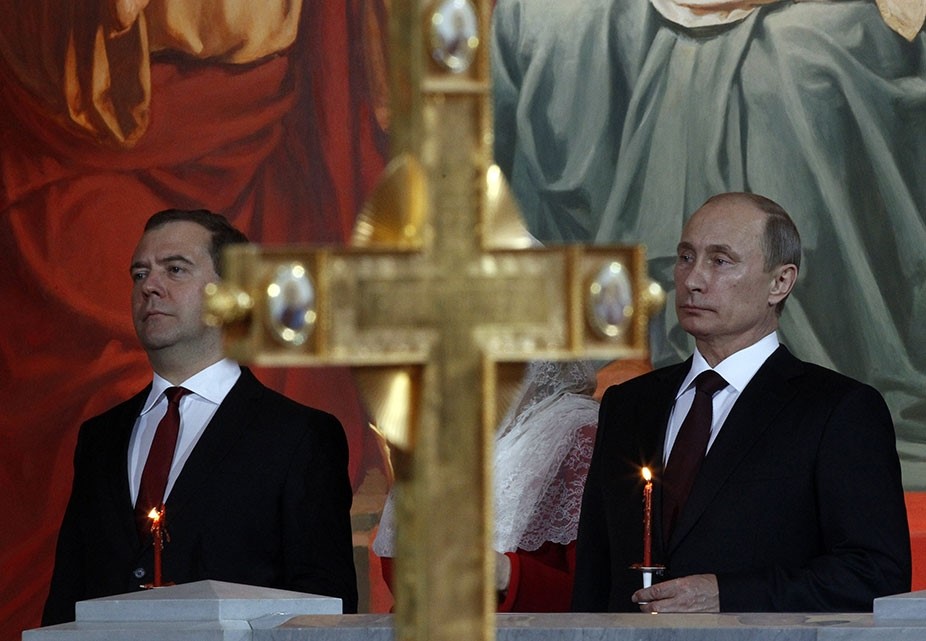 Thus, while we share with the other main revived Templar Orders an enthusiasm for the illustrious and tragically heroic history of our forebears, admiration for the regalia, oaths, companionship and our Templar heritage, and a commitment to goodly works and proper personal behaviour, we believe that we are the only true heirs to the fighting spirit and determination of the original Knights Templar.

Further, we believe that it is precisely the spiritual strength, organisational skills and fighting prowess of our forebears which must be reborn and spread far and wide if Christendom is to survive the shattering blows that are soon to come, as our Lord uses the brutality and ambition of an ancient foe as a chastening rod to punish His people for turning away from the paths of justice and righteousness.

This is our work: To help to prepare and unify the faithful to withstand the fire and hammer blows that are to come, and to emerge from the furnace renewed and strengthened – the Living Sword of God!

This is why, for the brethren of the Knights Templar Order, the Templar Oath is not a quaint historical relic, but a summary of our actual and immediate purpose on this Earth:

“With this oath I state my strong and irrevocable intent”

“To pledge my sword, my forces, my life and everything that I own to the cause, defence, honour and further knowledge of the Christian religion, of the Order of the Temple and of my companions in arms; to the rescue of the Temple of the Holy Sepulchre of our Lord Jesus Christ, of the Land of Palestine and the East and of the domains of our forefathers.”