What Sort Of ‘Nationalists’ Support The Killing Of Their Own Nation?

The graffiti on Belfast’s Springfield Road sums up the backlash against Sinn Fein among genuine Irish patriots over the IRA’s political wing’s decision to stop up its pressure for the legalisation of abortion in Northern Ireland. 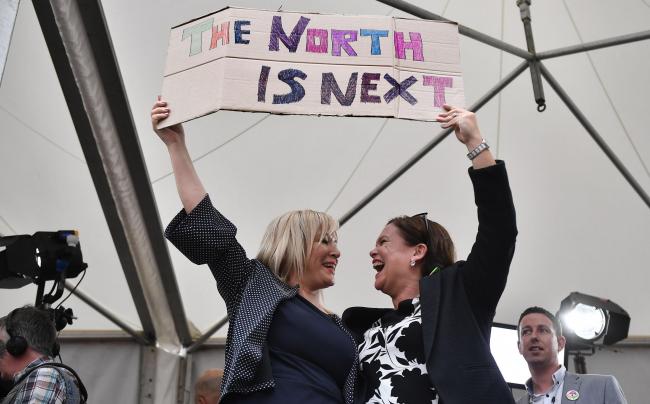 The party – always a firm supporter of the murder of Protestant babies by the IRA – is now firmly committed to killing unborn Catholic children as well. Having played a central role in pushing for abortion on demand in the Irish Republic, its far-left feminist leadership are keen to do the same in Northern Ireland.

This raises the intriguing prospect of an alliance between Bible-true Protestants and traditionalist Catholics, in defence of unborn children in the last corner of Western Europe still resisting demographic suicide through infanticide.