A very feminist form of protest!

Crazed feminists have finally taken stock that very few people (all except the fake news media) truly care about the apparent sexism and patriarchy that hold Western women in bondage.

But one, most probably a blue-haired and pierced activist, had an ingenious (in her eyes) idea: the formation of an angry vagina clubs.

The feminists gather in a circle, lifting their skirts to expose their genitalia and scream slurs against President Trump through their…well, through their vagina!

Thankfully this sickening form of ‘protest’ went viral on social media, giving the average man and woman, a glimpse into the disturbed mental state of the far- left. 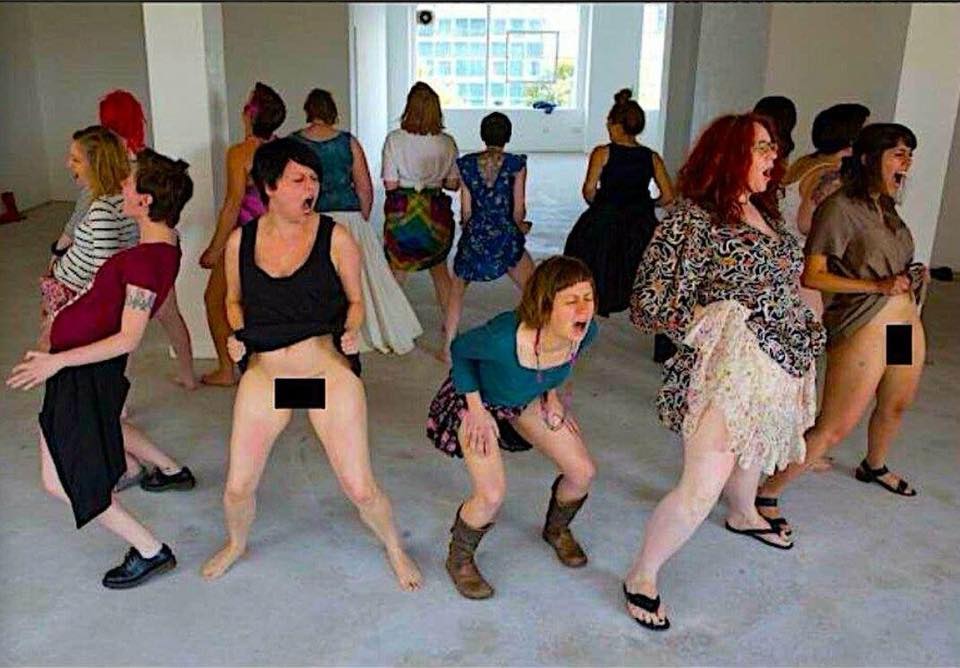 Unable to engage in a constructive, civilised discussion with those that hold a different viewpoint, they are forced to resort to shock tactics and childish behaviour to bring attention to themselves and their pathetic cause.

In our bones, we know with near certainty that this group of unhinged crazies are products of our Marxist-controlled university system.

For most Christian men hoping to find a wife and start a family, the options are few and far between with so many women attending university today. The perversity and brain rot they are exposed to whilst ‘studying’ changes them forever, poisoning the mind of naïve, young girls.

However, we’ve witnessed these antics before. Who can forget the “brave and courageous” women that stuck it to the man by stripping off and screaming outside the Argentinian Presidential palace and even the BBC decided to give a mob of feminists the opportunity to ‘sing’ on their flagship programme Newsnight.