Abortion in the USA: The gloves are coming off

With the accession of Brett Kavanaugh to the United States Supreme Court imminent, we are seeing the mobilisation of the pro-abortion lobby throughout the nation and their rhetoric is becoming increasingly radical, if not demonic.

President Trump has stated that the contentious topic of abortion will probably revert to the states; a grave threat in the eyes of the feminists and their ideological collaborators to the “rights” of women and the multi-billion-dollar baby-killing abortion providers throughout the US. The possibility of a majority of states placing a total ban on abortion is now a serious possibility.

The gloves are coming off…

With Roe under threat, progressives are laying this out in the starkest terms. LGBT activist Viva Ruiz, who recently created a massive float for a Pride parade featuring a blasphemous backdrop reading “Thank God for Abortion,” gave an expletive-laden interview to the appropriately named media outlet Jezebel explaining why abortion was so essential. “If people with uteruses don’t have access to abortion, we’re not having a sexual liberation,” she explained, “and we’re all f***ing, and we’re past the binary.” Queer people need abortion too, she added. After all, if they can’t access abortion, how can they get rid of the babies they make while living their liberated lives? Alleged comedienne Michelle Wolf recently summed it up in her Netflix “Salute to Abortion” sketch: “God bless abortion!”

Why is Netflix giving a platform to a baby-butchering apologist?

Planned Parenthood of New York City has launched an equally blunt fundraising campaign, which they have dubbed“#FreedomtoFck.” Without mentioning the horrifying fact that New York City’s abortion rate is one of the highest in the world, they announced that New York residents “have more sex than anyone else in America (Woo! We did it!),” and thus abortion services are extremely important. Planned Parenthood, their campaign explains, helps to “make sure everyone has access to the sexual and reproductive health care services they need.” In short, New Yorkers need to support their local abortion industry to “Protect our freedom to f****!” Pro-lifers on the front lines in NYC have stories to tell about the sad consequences of Planned Parenthood’s success—one activist told me of a girl he met who had already had 22 abortions. 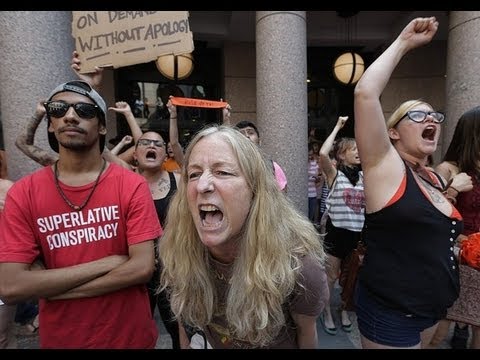 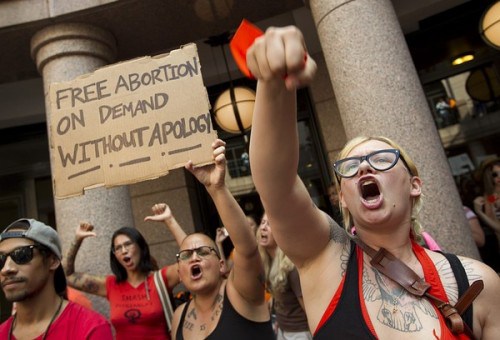 Seemingly 60 million dead babies, slaughtered in the wombs of their complicit mothers, is not enough for these profiteering psychopaths. The license of the masses to freely fornicate – exempt from all repercussions of their behaviour– takes precedence over the rights of the defenceless unborn!

Even the Satanists are getting in on the act…