Clashes break out on the streets of England

As Britain transforms into a land alien to the genteel place our forefathers gave their lives to protect in two horrific World Wars, rival factions vying for political, economic and social control will inevitably clash.

The first battleground is always the street.

Two police officers were injured and three people were arrested after clashes during a far-right rally.

The English Defence League (EDL) staged a protest in the centre of Worcester against plans to build a mosque in the city.

A number of other groups held counter demonstrations on Saturday afternoon.

Footage shared online sees a female police liaison officer brought to the ground during a scuffle in Broad Street.

She is seen lying face down on the ground before being helped up by another officer and a member of the public. 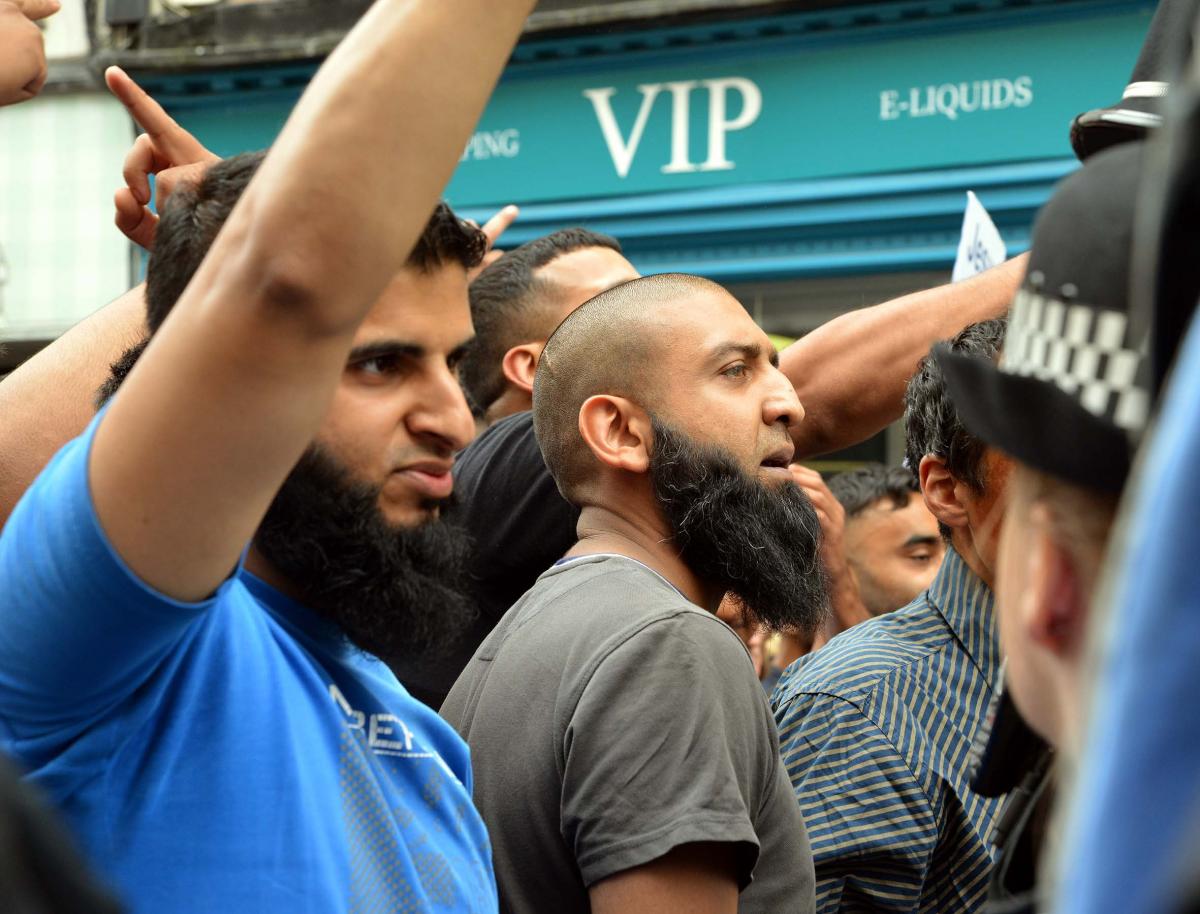 West Mercia Police said two officers were injured, "but thankfully neither is thought to be seriously hurt".

Superintendent Damian Pettit thanked the public for their "co-operation and patience" during the event and said a "small minority of people were more confrontational in their attitude than we wanted". 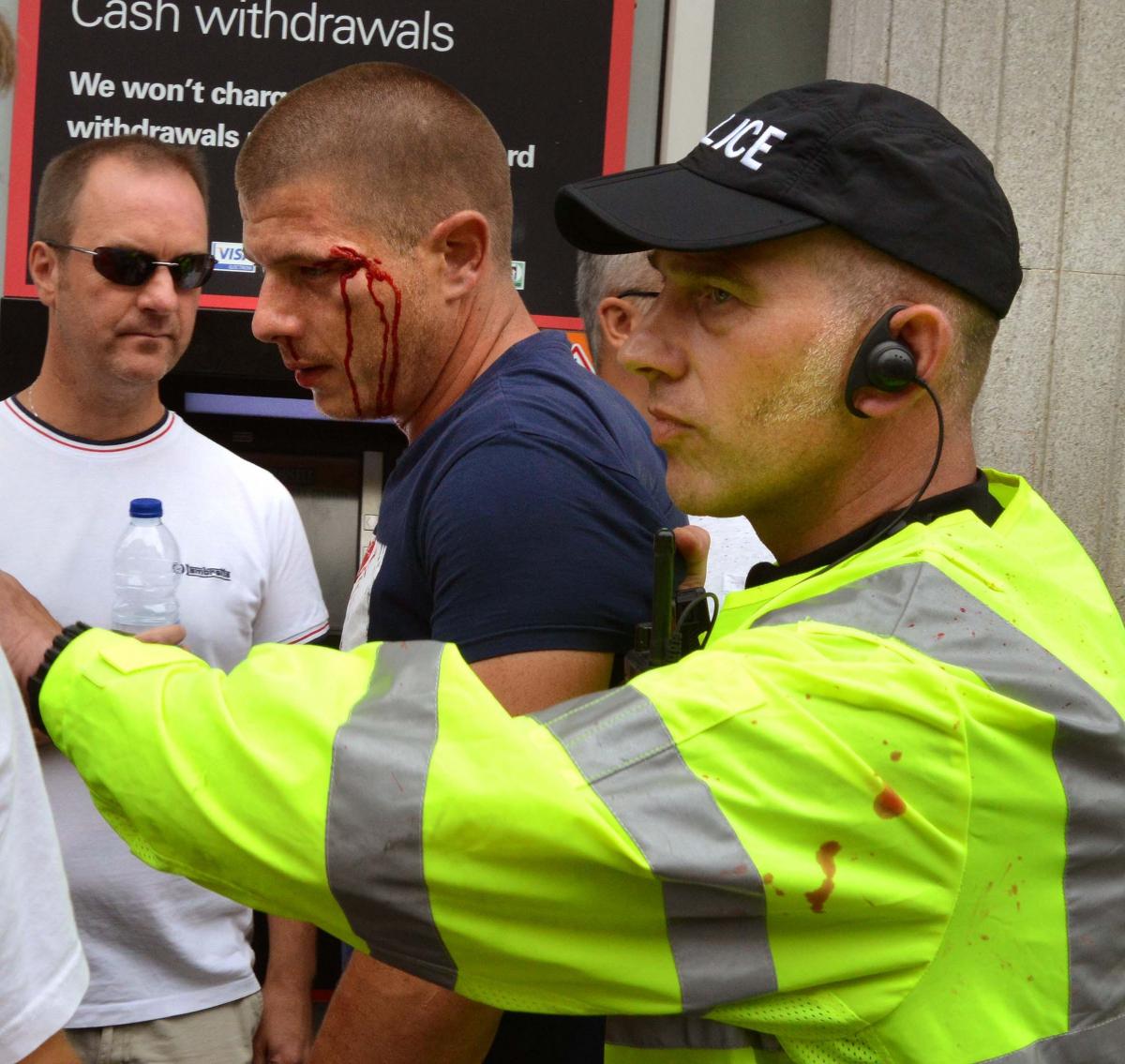 He added: "Worcester enjoys positive relationships among its diverse communities and we will continue to work with our partners to build on this in the future."

Officers are investigating reports of "items being thrown into the EDL group", he said.

Yes, according to the biased liberal fake news media, opposing the replacement of your own people and the construction of radical mosques is enough to be deemed “far right” and we all know which group the feminists sided with... 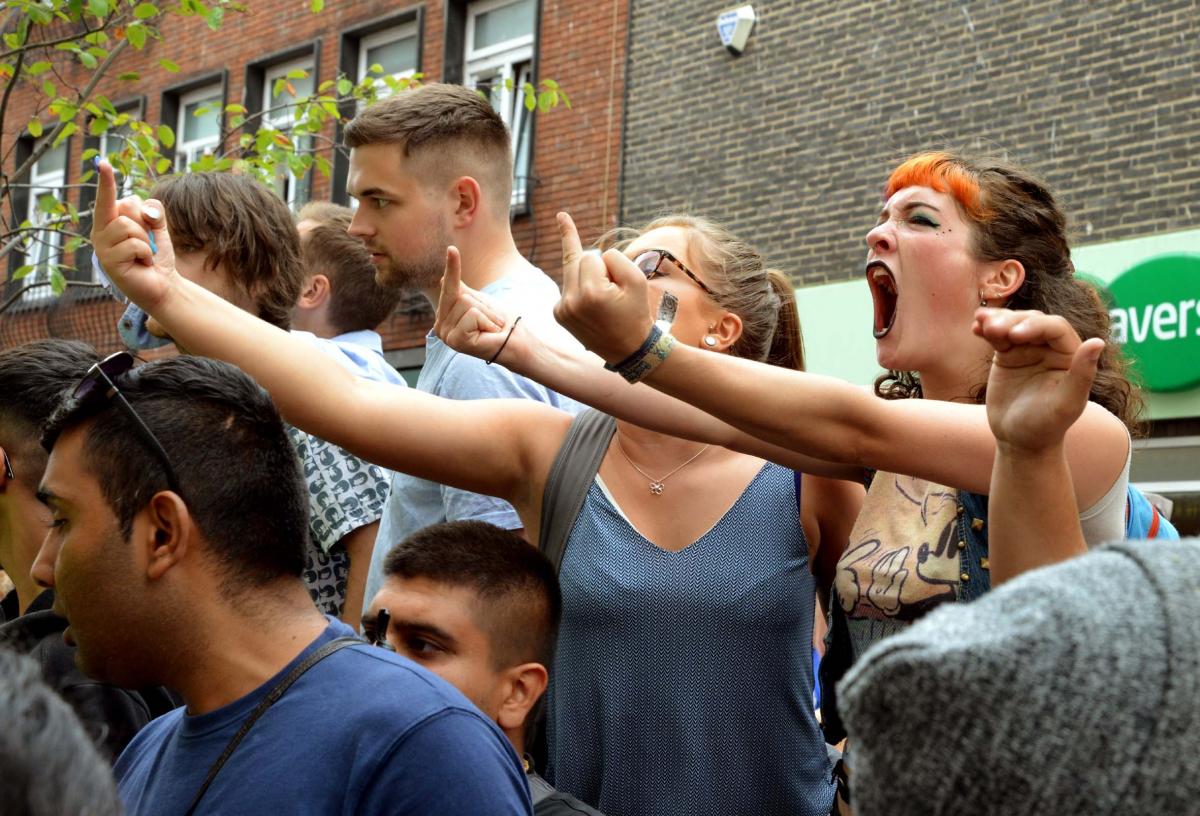 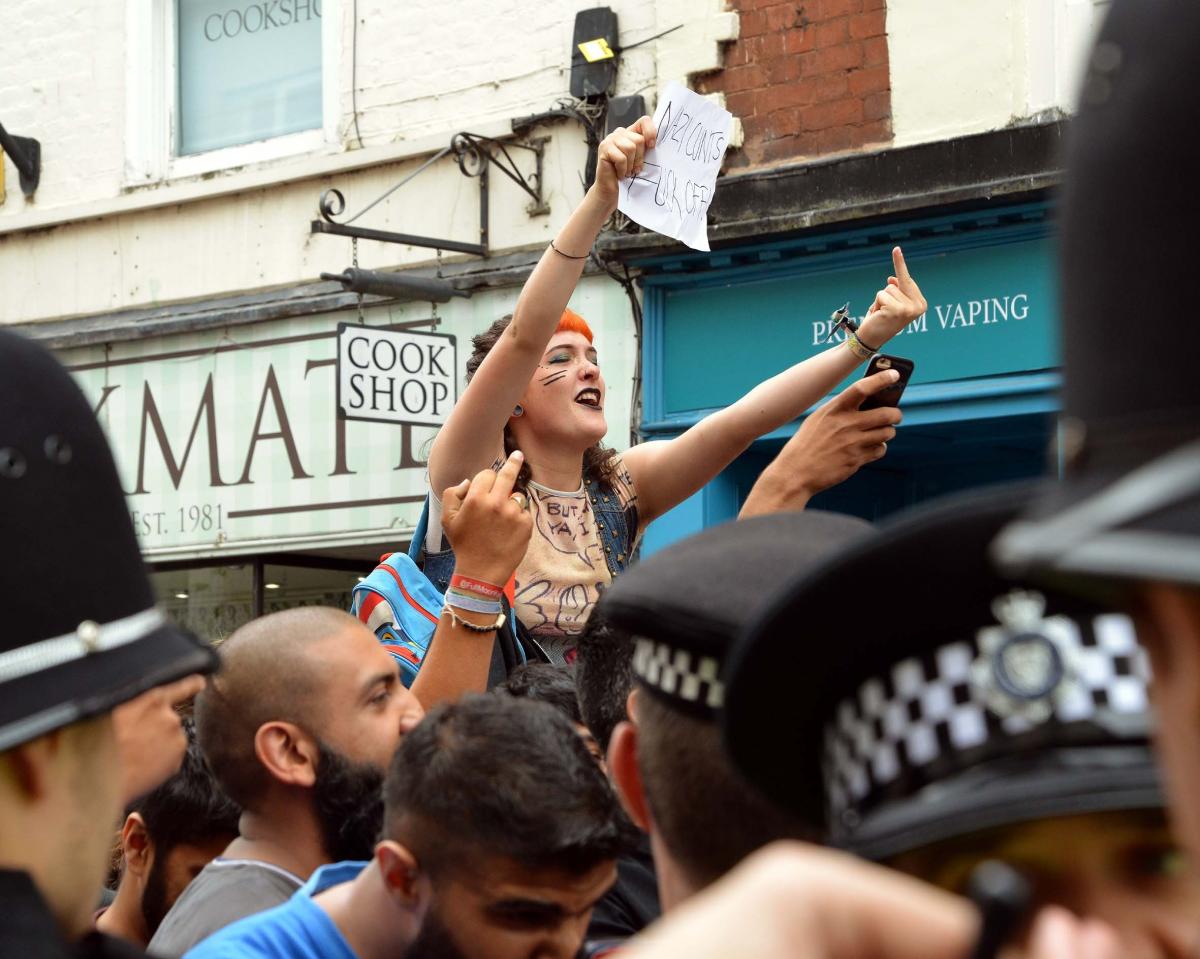 What is important to notice is the contrast in age and physical shape between the British patriots and the Islamic protesters.

See and judge for yourself…